We are proud to announce the publication of our newest paper “Police Killings in the US: Inequalities by Race/Ethnicity and Socioeconomic Position.” The paper was written by Justin Feldman and designed by Jon White. 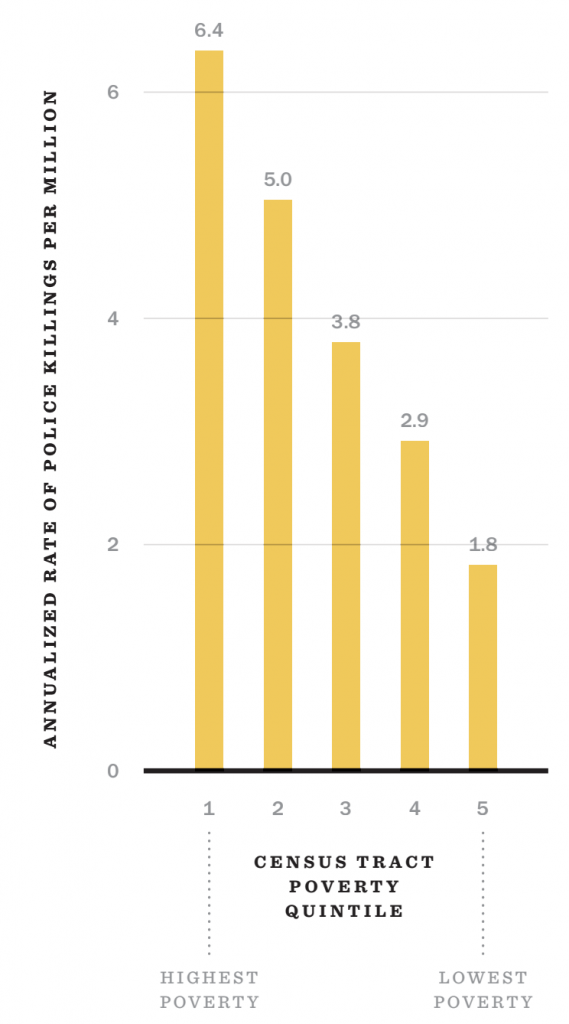 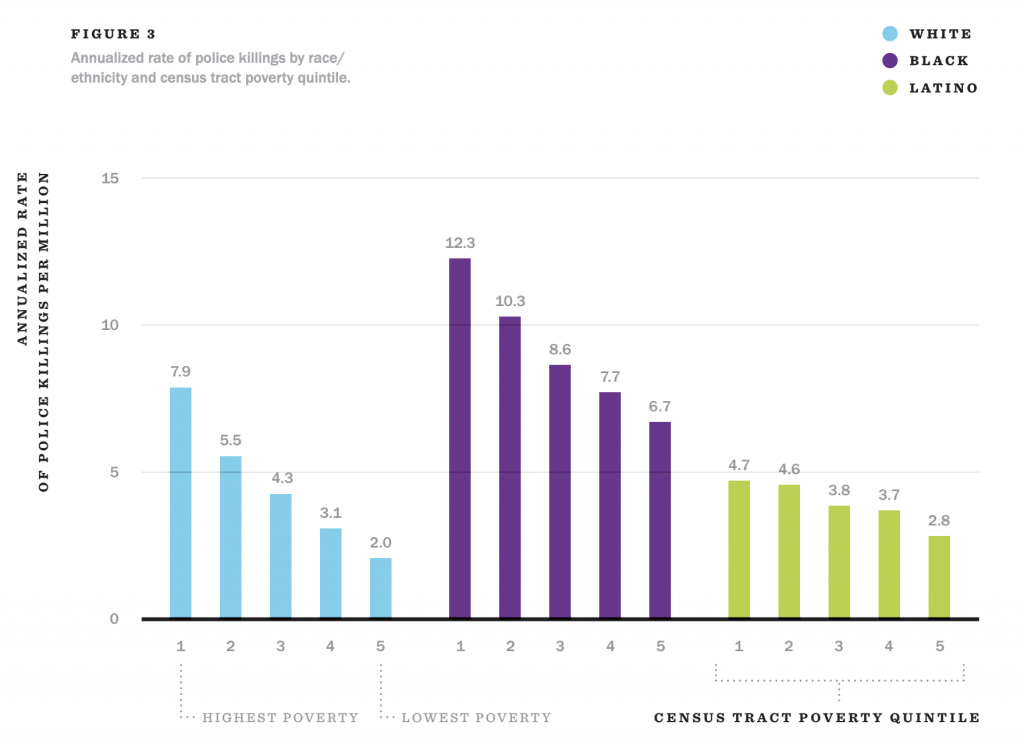 In addition to calculating these police killing rates, Feldman also looked at how individuals in each racial group are distributed across the the five socioeconomic groups. He finds that the homes of blacks and Latinos are more skewed towards the poorest areas while the opposite is true of whites. 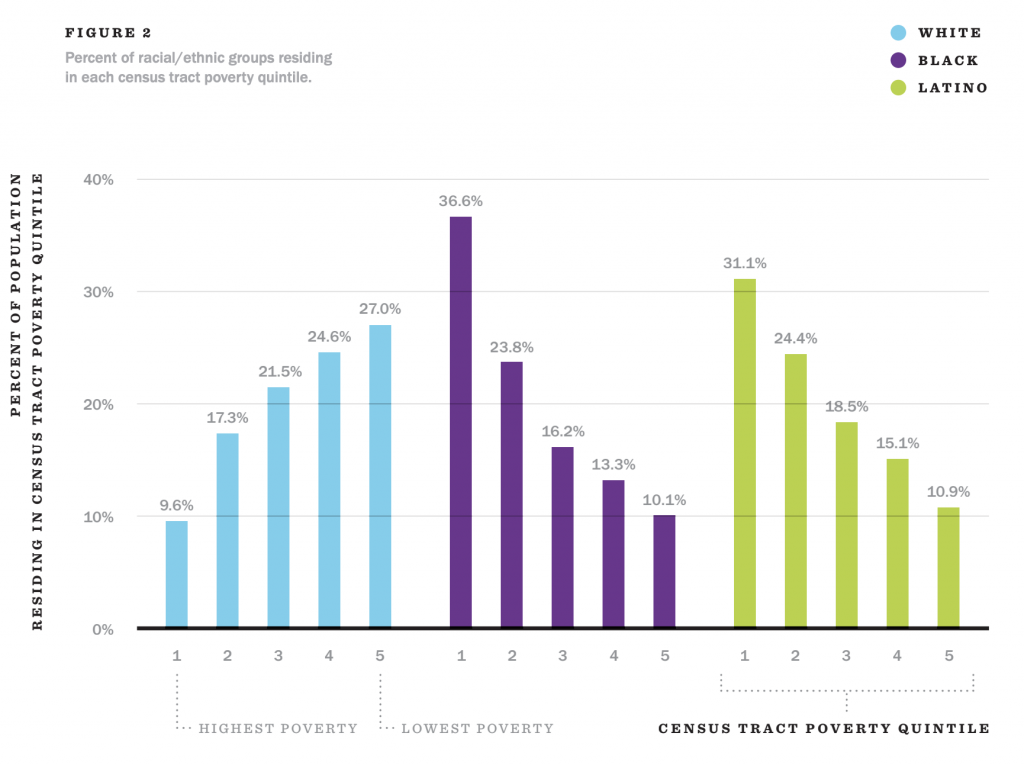 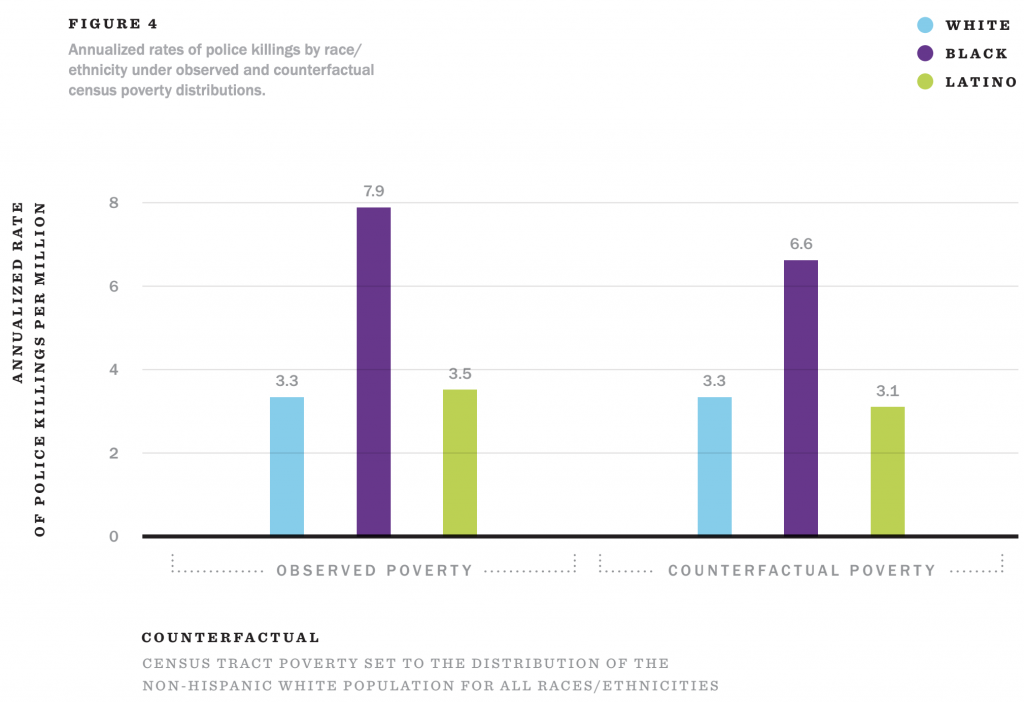 As discussed in the paper, these findings are limited by the data sources available for this kind of analysis. There is no individual-level socioeconomic data and the neighborhood-level data is for the location of the killing, not necessarily for the neighborhood where the decedent lives. On the assumption that there are more poor people killed in rich areas than rich people killed in poor areas, this type of analysis will tend to understate the class disparities.