In the political discourse around health care reform, commentators frequently raise concerns about the effect of any given reform on union health plans. In this paper, we use data provided by the International Union of Painters and Allied Trades (IUPAT) to determine what the net financial impact of implementing Medicare for All or Bidencare would be on their members. In short, we find that Medicare for All would save their members $4,868 to $7,866 per year while Bidencare could save them $676 to $3,253 per year if they take advantage of new individual exchange subsidies.

In a normal employer health plan, an individual firm provides insurance to the workers employed by the firm. In a union health plan, also known as a multiemployer plan or a Taft-Hartley plan, a union and various employers establish a separate trust fund that jointly administers an insurance plan. During collective bargaining, the union agrees to forego wages so that the employers can contribute money to the trust fund, which then uses that money to provide health benefits to the union’s workers. 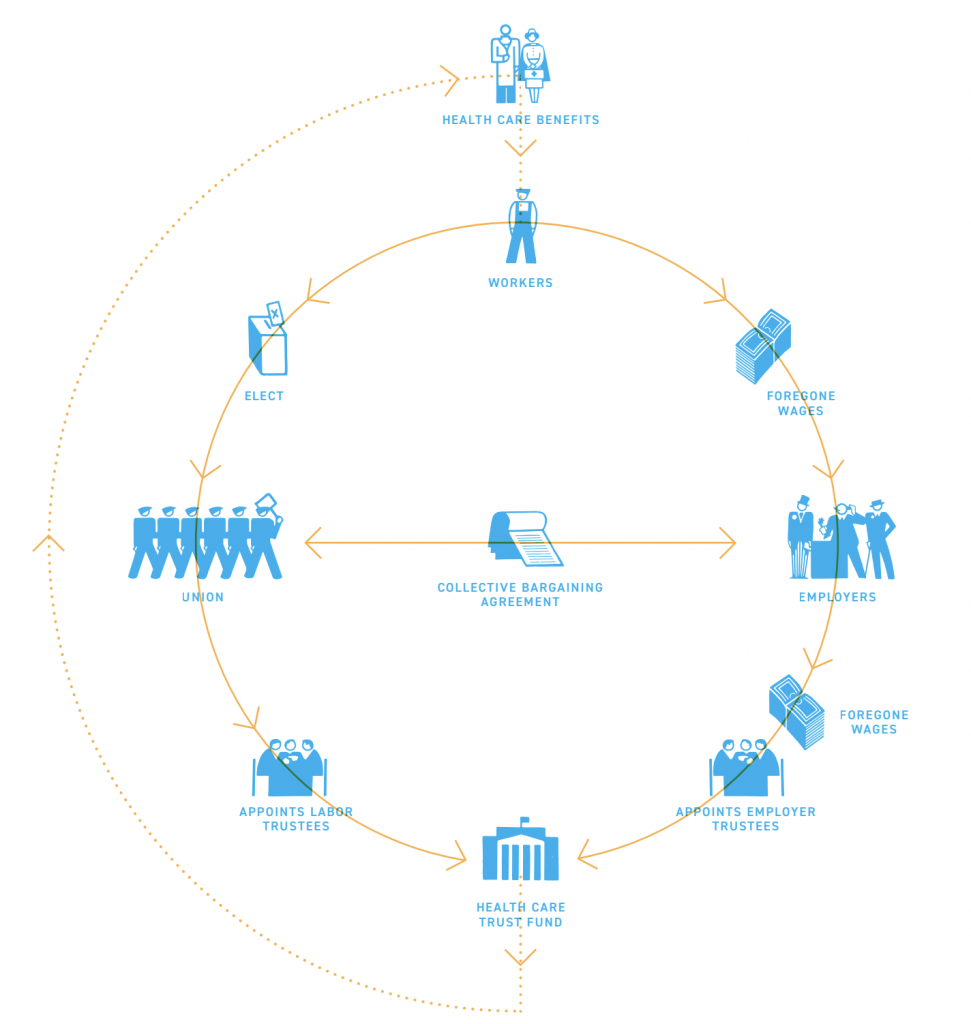 This structure has a few main advantages not found in single-employer plans. First, the larger size of multiemployer plans allows them to be more administratively efficient and allows them to negotiate better rates from third-party insurers. Second, in industries where workers frequently move between firms, such as the construction industry where IUPAT represents workers, the multiemployer nature of the plans means that workers can retain coverage even as they move from job to job. Lastly, unions can use the enticement of a multiemployer plan to assist in organizing workplaces that are not currently unionized.

But these advantages don’t insulate the plans from the general problems of the overall healthcare system. Ever-escalating healthcare prices have consistently increased the per-member costs of the funds, requiring unions to continually forego wage increases in order to free up money for employers to contribute to the funds. Plan members also face the prospect of dropping their insurance or having to pay hefty out-of-pocket premiums if they lose their job, have their hours cut, or change jobs to an employer who does not participate in the multiemployer plan.

Multiemployer plans are also uniquely vulnerable to macroeconomic shocks that cause large amounts of prolonged unemployment, such as the shock coinciding with the coronavirus pandemic. This is because many multiemployer plans base eligibility for benefits on how many hours a member worked in the last quarter or even sometimes in the last calendar year. This lagging eligibility criteria means that, during a mass disemployment event, the funds stop receiving employer contributions even though their members continue to be eligible for benefits based on their prior work record. When this happens, fund reserves are quickly depleted, threatening the solvency of the health plan.

In order to determine the effect of moving to a Medicare for All system, we used detailed wage and health plan information from three IUPAT locals and compared the status quo arrangement to what would prevail under Medicare for All. The results are summed up in the following graph. 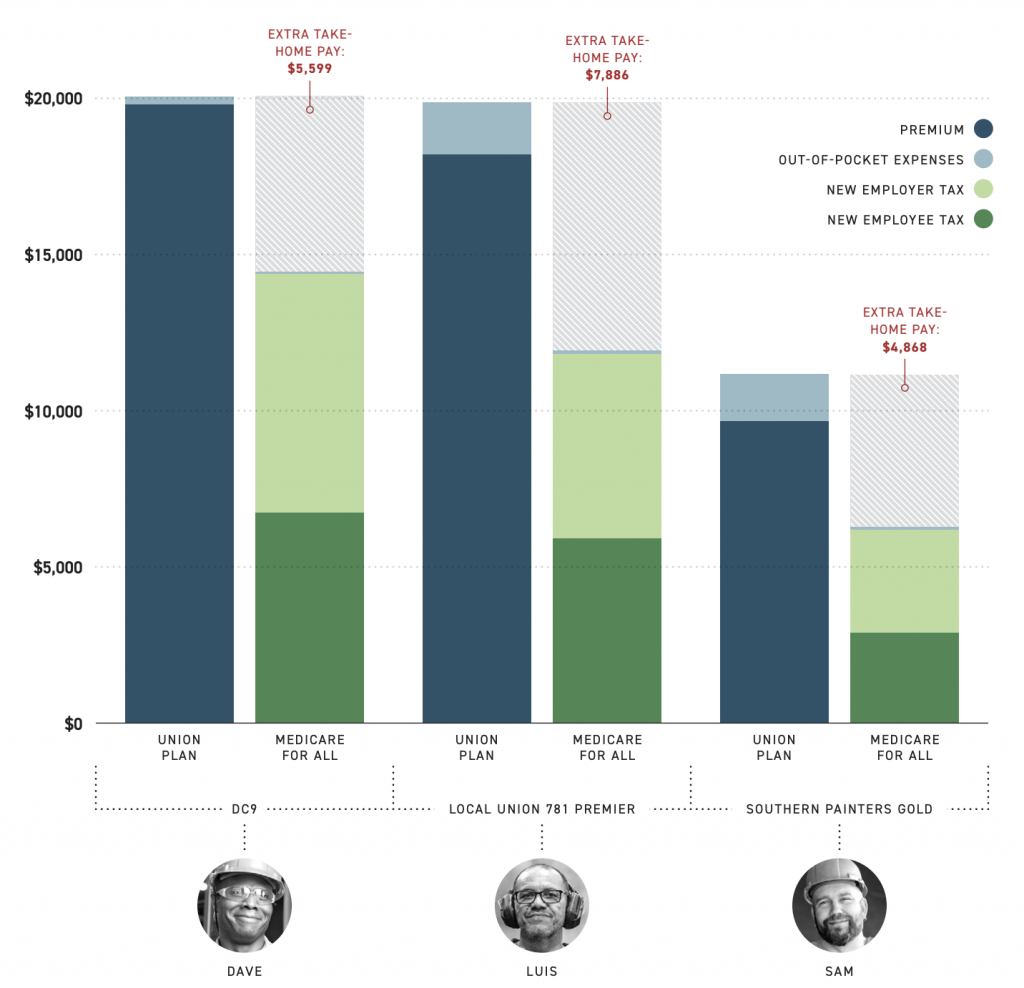 We did the same thing with the Bidencare proposal. Unlike Medicare for All, the Bidencare proposal lacks a number of key details, such as the precise sliding scale that will be used to determine exchange subsidies and what the employer shared-responsibility payment will be. We filled in those gaps with reasonable guesses in order to produce the graph below. 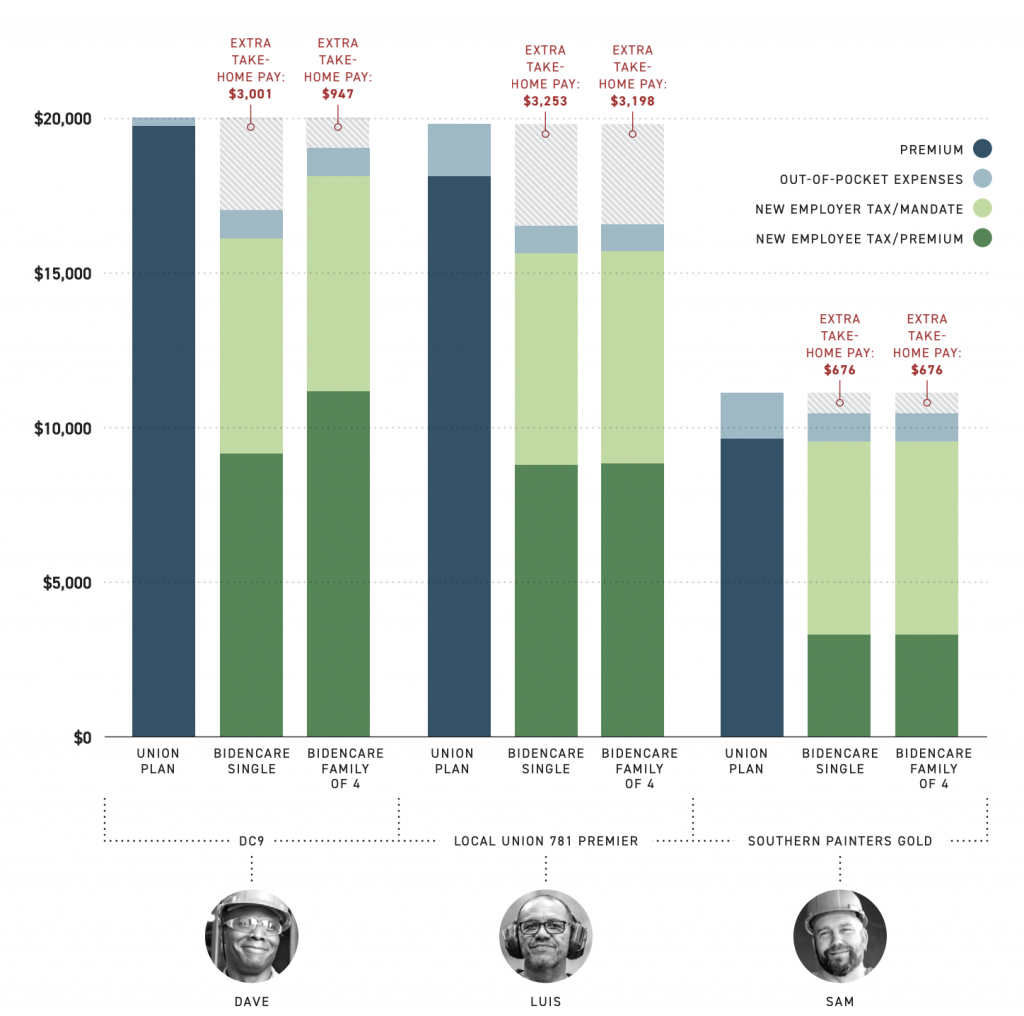 Combining the Medicare for All and Bidencare graphs together produces the following graph. 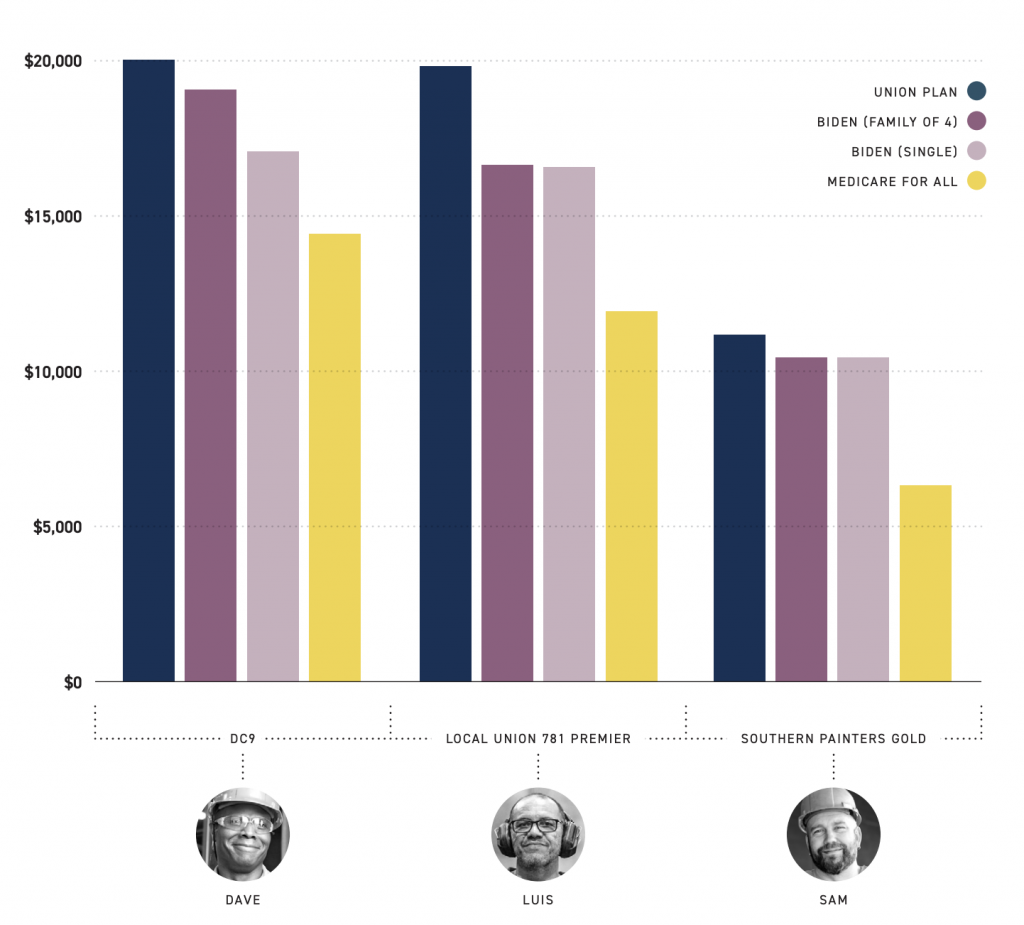 As a historical matter, it was smart for unions to take advantage of the Taft-Hartley Act to create multiemployer union health plans for their members. One of the things that gets lost in the discussion about healthcare reform is how similar Medicare for All is to these union plans. What unions recognized long ago is that it is much better for workers to create a central healthcare fund that many employers contribute into than to have a bunch of independent plans organized within each company. Medicare for All is just the logical extension of this insight to the whole economy. It is, in a sense, just one big multiemployer fund.

In light of the coronavirus catastrophe and the objective superiority of Medicare for All to existing union health plans—in terms of cost, solvency, and continuity of coverage—we believe that unions like IUPAT should take a stance in favor of Medicare for All for the benefit of their own members and the working class generally.