Anyone who pays attention to the issue of labor in the US knows the story by now. After rising to great heights in the middle of the last century, labor unions have been on the decline for sixty years, particularly in the private sector. 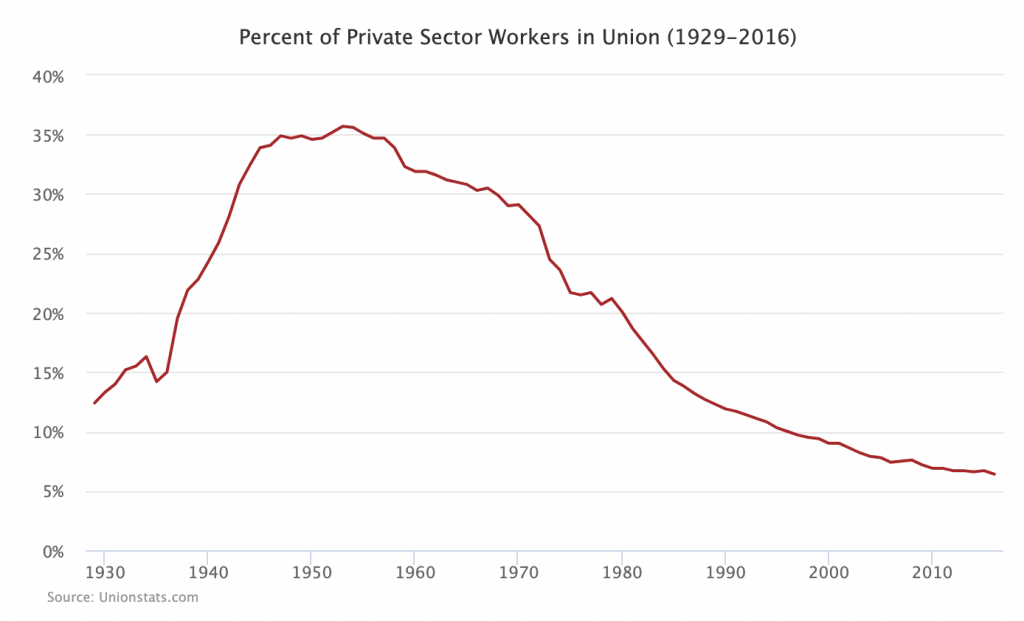 This decline coincided with rising inequality of all sorts and a sharp right-wing political turn in the country, including within the Democratic party.

What’s remarkable about this decline is that reforming labor law to strengthen unions is not a complicated task, certainly not compared to things like overhauling the US healthcare system. With a few simple edits to the National Labor Relations Act, Congress could make it easier to join unions through majority sign-up rather than an election, easier for unions to negotiate a first contract through mandatory first contract arbitration, and harder on companies who break the law through civil fines.

The last time the Democrats had unified control of Congress, an effort was made to enact all these reforms through the Employee Free Choice Act, but the centrist wing of the party prevented the legislation from getting 60 votes in the Senate. As with many other good policy ideas, the obstacle to enactment is not technical know-how and a concrete plan, but rather obstruction within the Democratic party.

One thing the Employee Free Choice Act does not tackle is the issue of so-called “right-to-work” laws. These laws, passed by states, allow workers in a unionized workplace to opt out of paying a representation fee to the union even though federal law still requires that union to represent the worker. This sort of free-riding significantly weakens unions’ ability to operate and therefore ability to organize in certain areas of the country.

There was an initial spike of “right-to-work” legislation following the passage of the Taft-Hartley Act in 1947. Since then, it has spread gradually throughout the country, reaching a bare majority of 26 states last year. Rolling back these laws on the state level has proven nearly impossible. Only the state of Indiana has ever repealed a “right-to-work” law. This was in 1965 and the state subsequently reenacted the law in 2012. 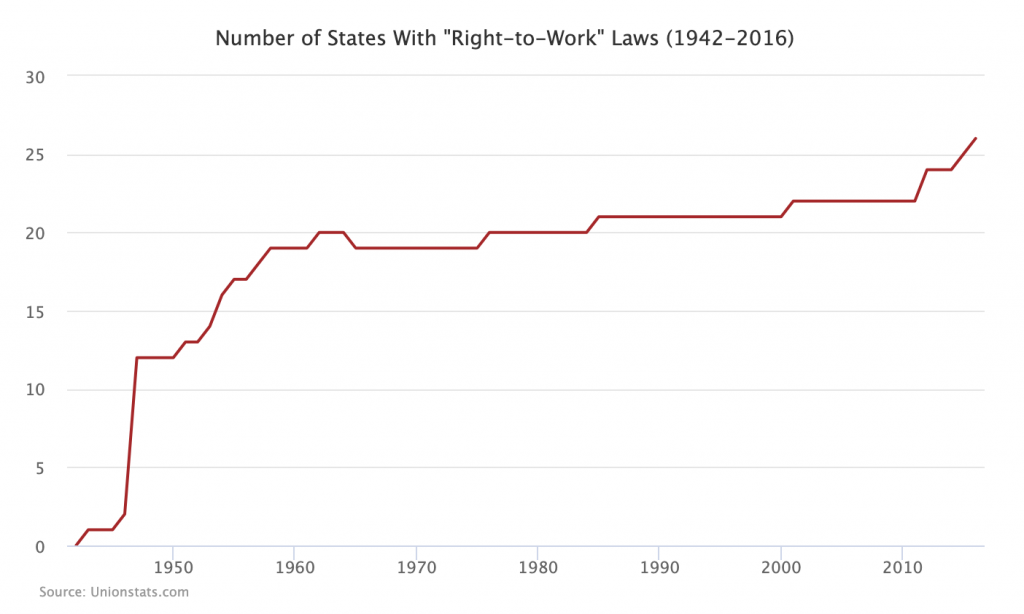 While enormous amounts of resources are spent fighting the unending state-level creep of “right-to-work” legislation, relatively little attention is paid to the idea of killing all such laws in one fell swoop on the federal level. As with the Employee Free Choice Act, this scarcity of attention is not because it would be practically difficult to do so, but rather because of the belief that Democrats are not willing to do it.

In the spirit of Labor Day, I figured I’d put together a simple bill that would preempt all state “right-to-work” laws below.

Be it enacted by the Senate and the House of Representatives of the United States of America in Congress assembled,

Section 164(b) of title 29, United States Code, is amended to read as follows:

No Territory or State or political subdivision thereof shall prohibit the execution or application of agreements requiring membership in a labor organization as a condition of employment.”