In the New York Times, Claire Cain Miller has a piece about marriage trends that she ends as such:

Mr. Wilcox suggests a bigger emphasis in high schools and pop culture on what’s known as the success sequence: degree, job, marriage, baby. “The idea is that if people follow that sequence, their odds of landing in poverty are much lower,” he said.

After the publication of this post, Wilcox deleted his tweet. But it contained a graphic purporting to show that only 3 percent of Millennials aged 28-34 who followed the “success sequence” (as Caine describes it “degree, job, marriage, baby”) are in poverty.

I have written once before at 3P about the Success Sequence, but just for fun I thought I would pull a little factoid from the new Census data released earlier this month. 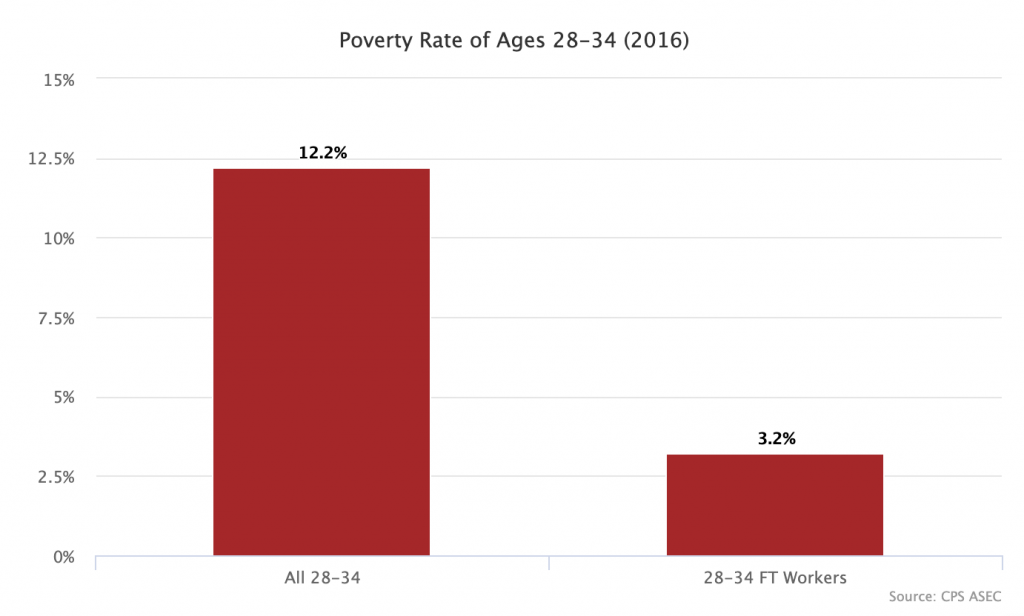 Brad Wilcox says that his Success Sequence delivers a 3 percent poverty rate. Yet full-time work delivers that by itself. It seems that, despite the hundreds of thousands of dollars spent on Success Sequence writing, the concept remains completely pointless.

Some full-time workers are in poverty of course. But, as I noted recently, poverty is overwhelmingly a condition that afflicts non-workers: children, elderly, disabled, students, caregivers, and the unemployed.