Using the 2016 Survey of Consumer Finances, we broke down mean inheritance levels by wealth decile. It is important to emphasize here that these are self-reported inheritances. Survey participants are asked to think back throughout their life and identify all the wealth transfers they have received and when they received them. Naturally this is prone to misreporting and, one would think, especially prone to underreporting as people tend to forget what gifts they have received over the years.

Nonetheless, as you would expect, wealthier families are much more likely to have inherited wealth. Additionally, the wealthier a family is, the more they have generally inherited.

For starters, here is the percent of families in each wealth decile who have received any inheritance. 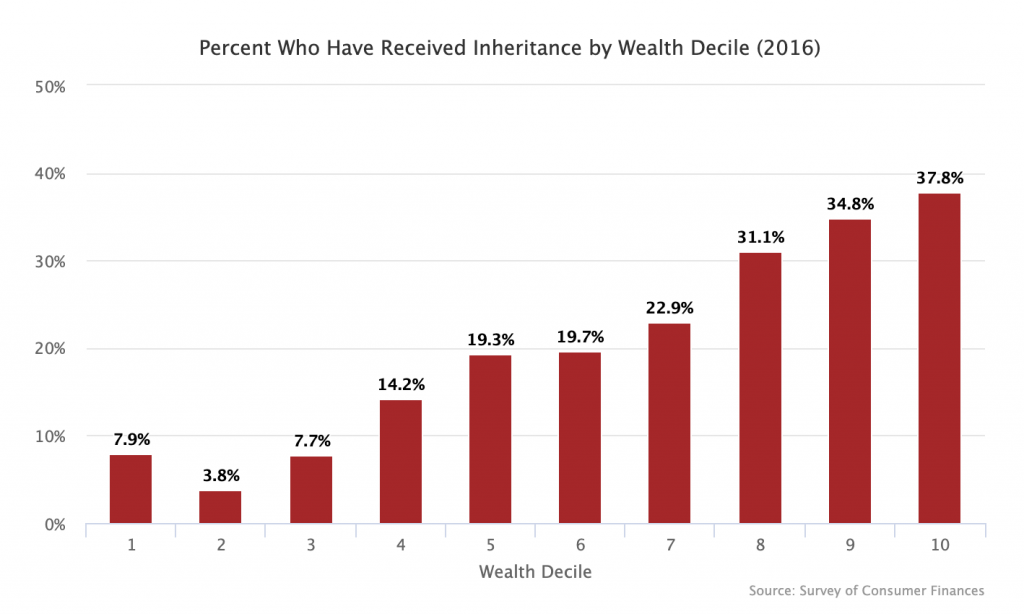 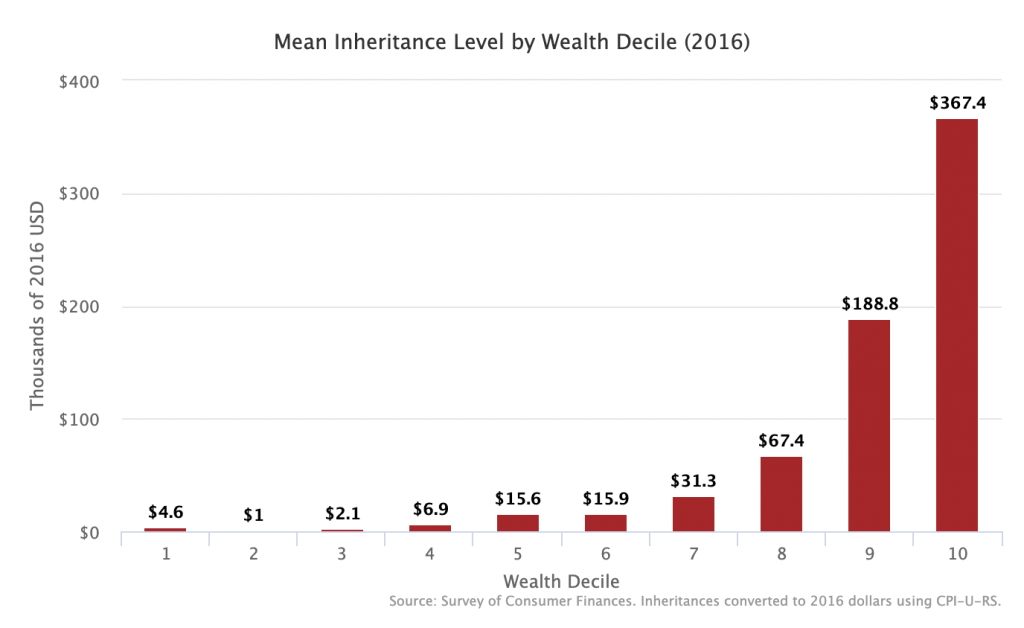 Finally, here is the same graph as above, but this time the inheritance values are converted to 2016 dollars by using the CPI-U-RS and by assuming a 5 percent annual rate of return. 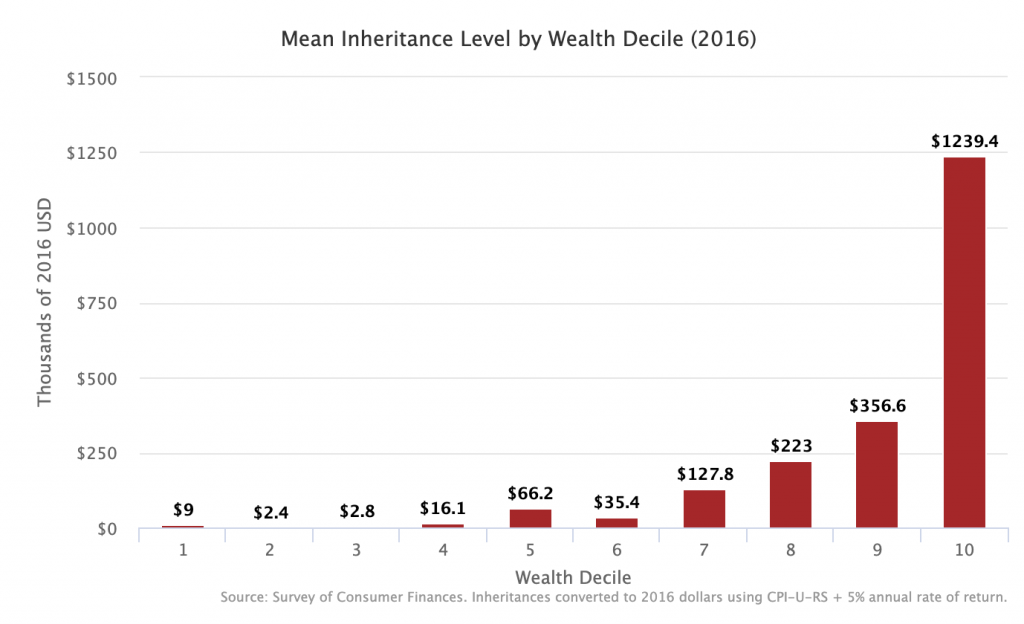 For the wealthiest one percent, the trends are exactly the same as with the lower percentiles. Around 41.4 percent of the wealthiest one percent say they have inherited some money. The below graph shows their mean inheritance level, with the first bar adjusted only for inflation and the second adjusted for inflation and an assumed 5 percent rate of return. 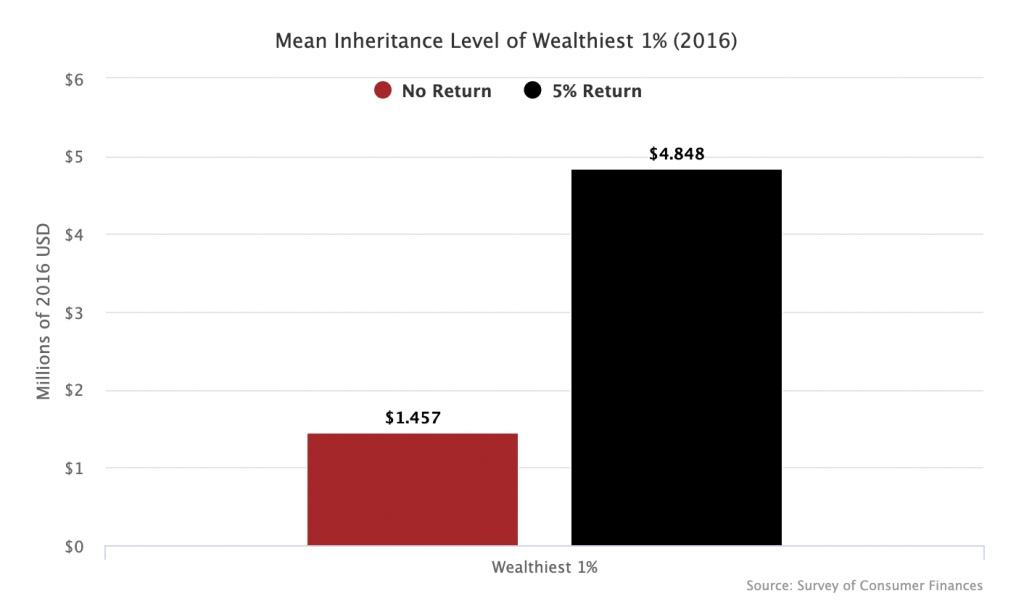 On average, the wealthiest one percent has inherited just under $5 million in current dollars.

Although media coverage of the super-wealthy, e.g. Forbes 400, tend to emphasize entrepreneurs and other “self-made” scions. In reality, inheritance plays a huge role in determining who winds up at the top and bottom of our society.