America has an inequality problem, and everyone had an opinion on it. Two weeks ago, Ray Dalio added his voice to the debate by publishing a research note calling inequality “the biggest economic, social, and political issue” facing policy makers today. While we appreciate the sentiment, we believe Dalio has misrepresented the true nature of wealth inequality by ignoring the unique prosperity of the 1 percent.

Dalio’s note is based on the idea that there are two groups in the economy: the top 40 percent and the bottom 60 percent of earners. He says he created these groups because “the wealth and income skews are so great that average statistics no longer reflect the conditions of the average man.” A 60/40 divide creates a compelling visual for Dalio to show that the top group is doing well and growing above average, while the bottom group has stagnated and is hardly growing at all:

Dalio’s justification for designing these groups isn’t necessarily wrong: the national average does hide disparate performance between distinct groups. But the interesting fact about his buckets is that recently, his top bucket is actually growing below average once you break out the 1 percent: 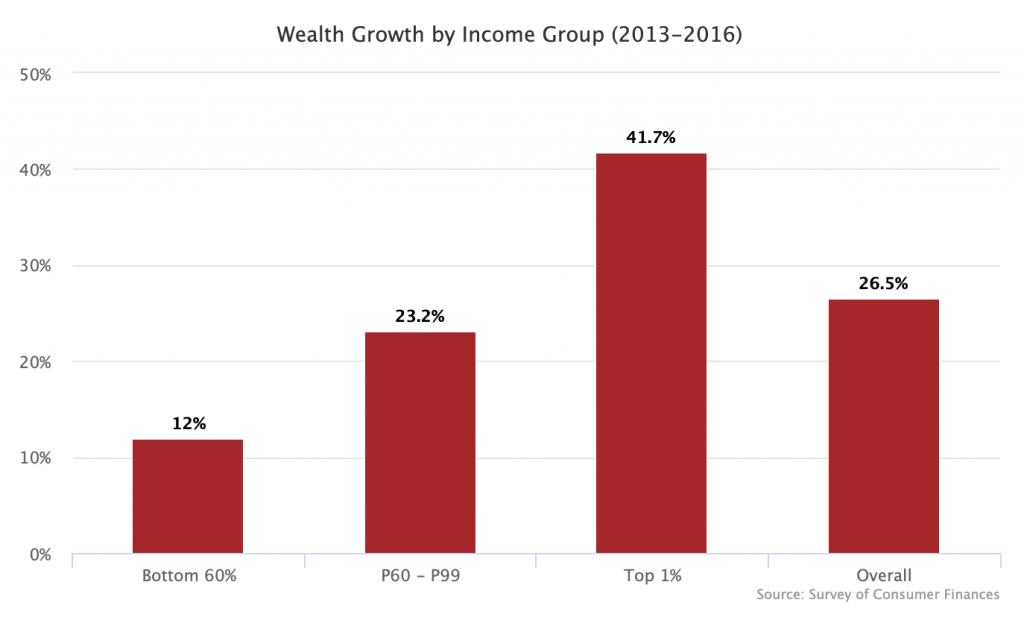 Looking at the growth rates in this way really shows how much our current state of inequality is driven not by the shared prosperity of the top 40 percent of earners, but by the runaway growth of the 1 percent. While those in the 60th to 99th percentiles are indeed doing better than the bottom 60 percent, the best that we can say is that they are not losing their share of the country’s wealth to the 1 percent as quickly as those below them.

As we’ve discussed before, the wealth gap has only widened since the Great Recession. Dalio wrote his note to alert policymakers to the stories underneath average statistics. However, policy to address our current economic environment of needs to especially confront the fact that the 1 percent are growing at the expense of everyone else.