Senators Sherrod Brown and Michael Bennet released a child allowance proposal a few weeks ago. The relevant details are as follows:

To estimate the plan’s impact on poverty below, I used the 2016 Annual Social and Economic Supplement of the Current Population Survey as well as the 2016 Supplemental Poverty Measure research file.

Using those files, I assign to each person two incomes:

Based on this method, the Brown-Bennet child allowance would reduce the number of children in poverty from 12 million to 6.7 million, a decline of 44 percent. 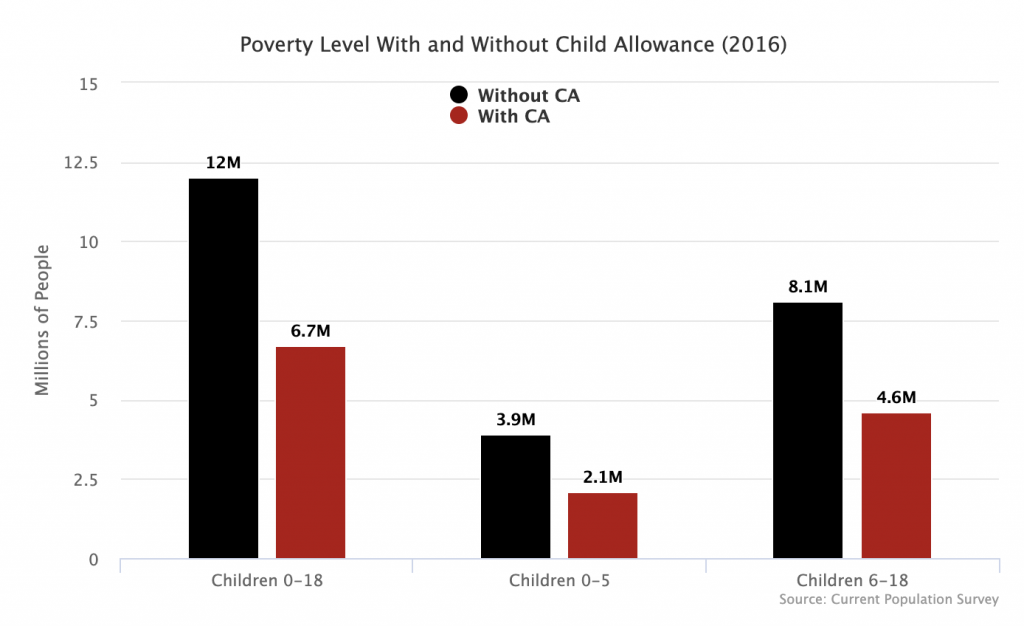 This means that the child poverty rate would fall from 15.4 percent to 8.6 percent.

With this in mind, the below graph provides a more complete picture of what would happen to children in the bottom half of the income distribution. On the horizontal axis, you have each child income percentile from the 1st percentile to the 50th percentile. On the vertical axis, you have income as a percent of the poverty line. 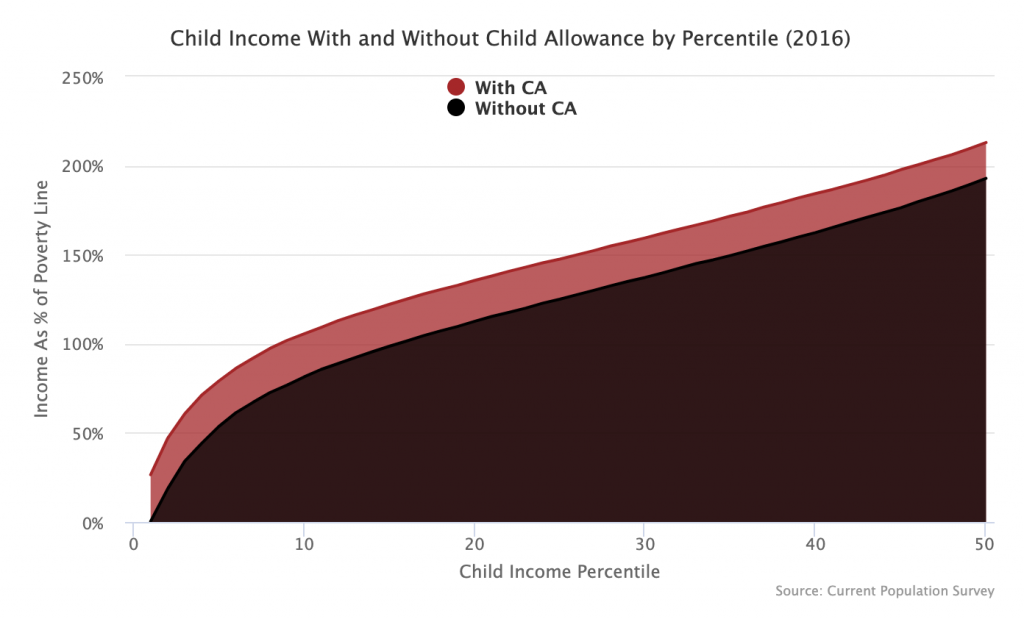 To understand how this graph works, hover over the 5th percentile and you will see a tool tip pop up that says “With CA – 79.1%; Without CA – 53.6%.” What this means is that without the child allowance, the 5th percentile child has a family income that is 53.6% of the poverty line. With the child allowance, the income is 79.1% of the poverty line.

Finally, it is not just children who will benefit from the child allowance proposal. Adults who live with children will also see their economic plight improve. Just under 4 million adults (those aged 19 and over) will be moved over the poverty line by this plan. 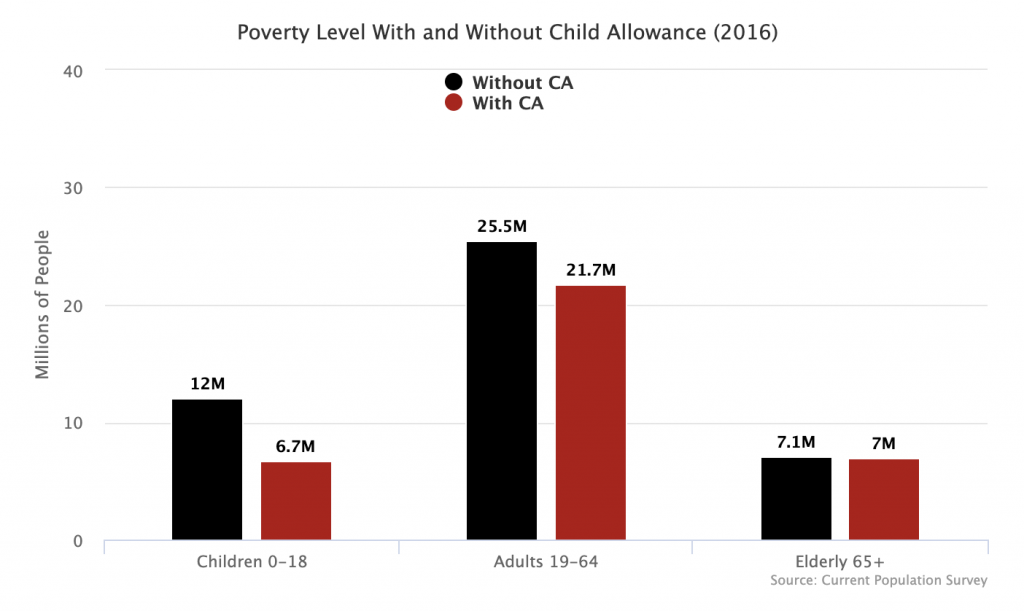 In total, the plan would pull 9.3 million people out of poverty, 4 million adults and 5.3 million children.