As the anti-monopoly movement has picked up steam in important policy circles, some have begun thinking that small business promotion is a good idea. This seems to be partially driven by the technical view that small businesses are a way to counteract corporate concentration and partially driven by the more ideological and aesthetic view that there’s something inherently just and beautiful about small-time entrepreneurs and mom and pop shops.

In reality, small business promotion is mostly a bad idea. Small businesses pay lower wages, provide worse benefits, are often exempt from important worker protections, and are incompatible with the way unionization works in this country.

According to the Quarterly Census of Employment and Wages (QCEW), smaller employers pay their workers considerably less than larger employers. In the first quarter of 2017, firms with 5 to 9 employees paid an average weekly wage of $849. For firms with 1,000 or more employees, the wage was $1,793. 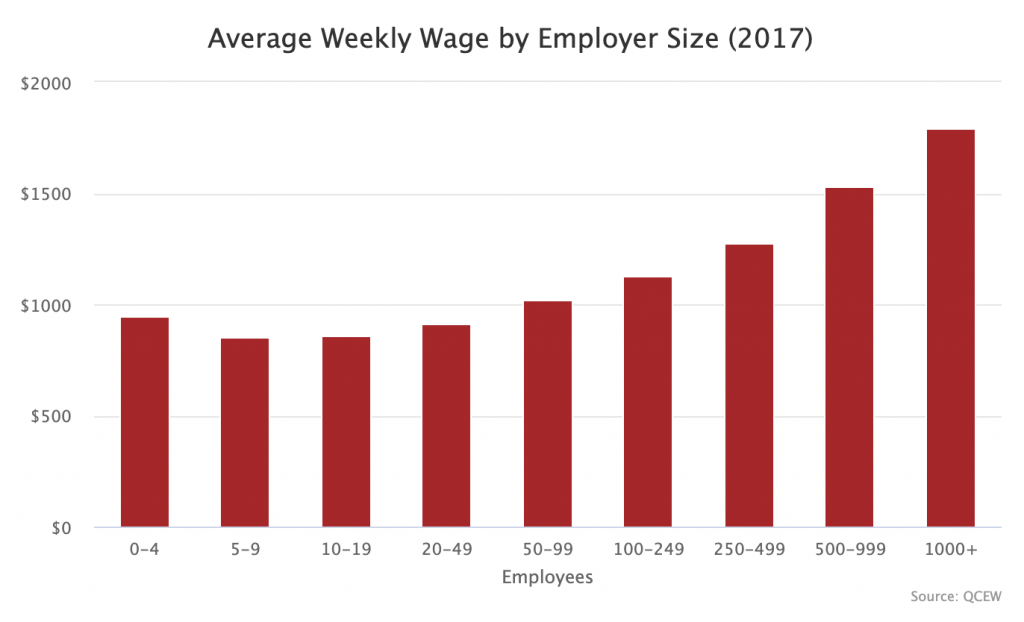 The wage premium enjoyed by workers in large firms has been documented for a long time and is present within most sectors and subsectors of our economy.

The wages reported in the QCEW exclude certain benefits, such as health insurance. When you include those, the picture looks even worse for small businesses. In 2016, around 20 percent of firms with 0 to 9 employees offered health insurance. For firms with 1,000 or more employees, it was 99.8 percent. 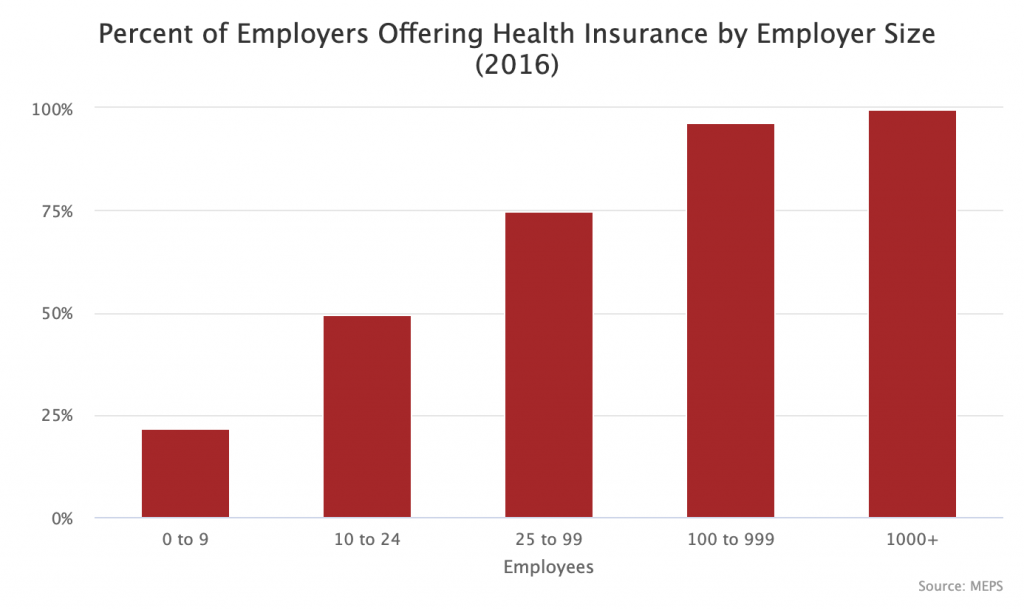 The US labor code provides a variety of protections for workers in the country. But small businesses are generally exempted from those protections. The table below shows how many employees an employer must have before they are covered by major employment protections.

The National Labor Relations Act, which protects the rights of workers to act collectively and organize into unions, does not require an employer to have a specific number of employees to be covered. But, constitutionally speaking, only employers whose activity in interstate commerce exceeds a minimal level are subject to the NLRA. In practice what this means is that smaller businesses, defined in terms of gross revenue as opposed to number of employees, are exempted from the NLRA.

Even for workers in small businesses that are big enough to be covered by the NLRA, unionization is often not practical. Under US labor law, unions are organized on the establishment level, meaning employer by employer and worksite by worksite. Because union representation has a lot of fixed costs, it is not economically feasible in many cases to represent small units of workers.

The upshot of this analysis is that anti-monopoly policy agendas should not be focused on small business promotion, but instead on increasing the number of medium-sized and especially large businesses in each market. For instance, instead of having three or four companies receiving most of the business in a particular market, we could have ten or fifteen. This would deconcentrate industries without increasing the share of workers employed by small businesses.

None of this is to say that small businesses are totally useless. The creation of new businesses, which often start out small, is one of the ways that innovation gets injected into the system. But there is a difference between supporting small entrants in order to keep open an important channel of innovation and supporting an economic structure that seeks to keep businesses permanently small. The latter would probably be a disaster, especially for workers.