Women’s labor force participation and employment peaked around 2000. Many have speculated since then about what caused this stall out and slight decline, with leading theories emphasizing the Great Recession and the lack of family benefits in the US like subsidized child care. There is no doubt some truth to these other theories, but there is another more straightforward cause of this decline: the changing racial demographics of the country. 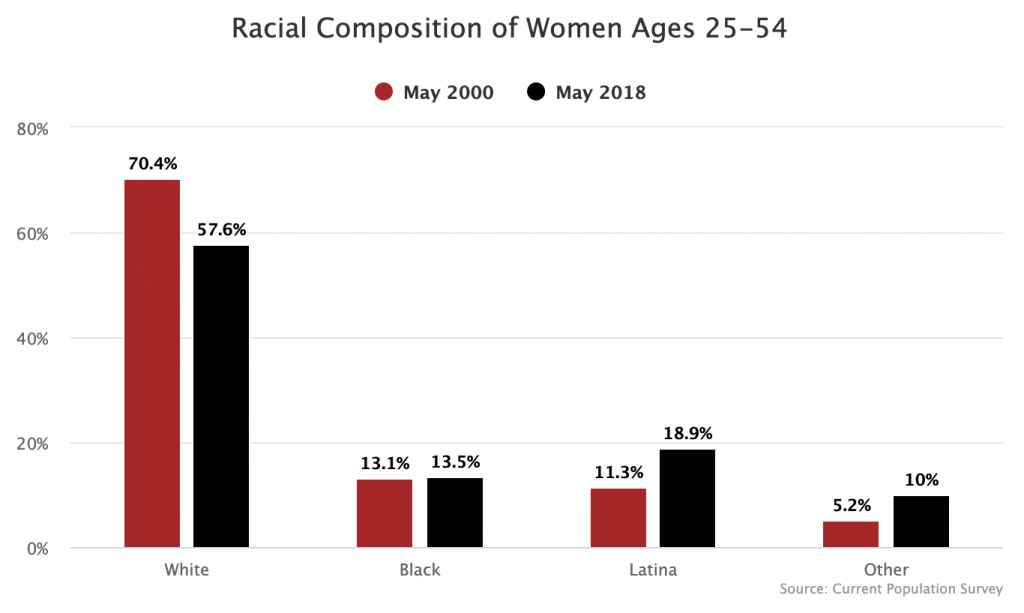 This demographic shift matters because Latina and “other” women typically have lower labor force participation and lower employment rates than other racial groups. 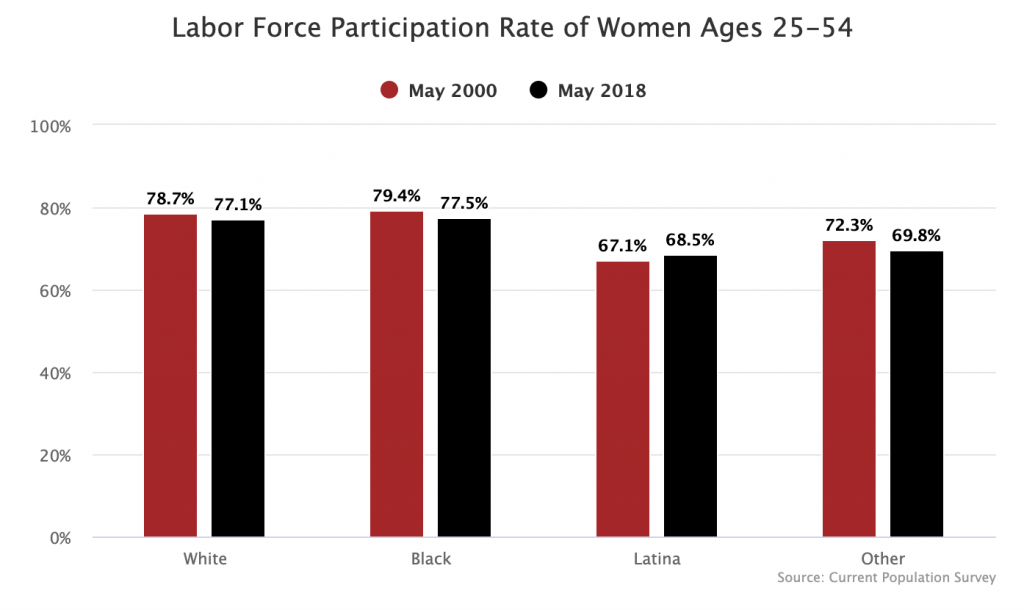 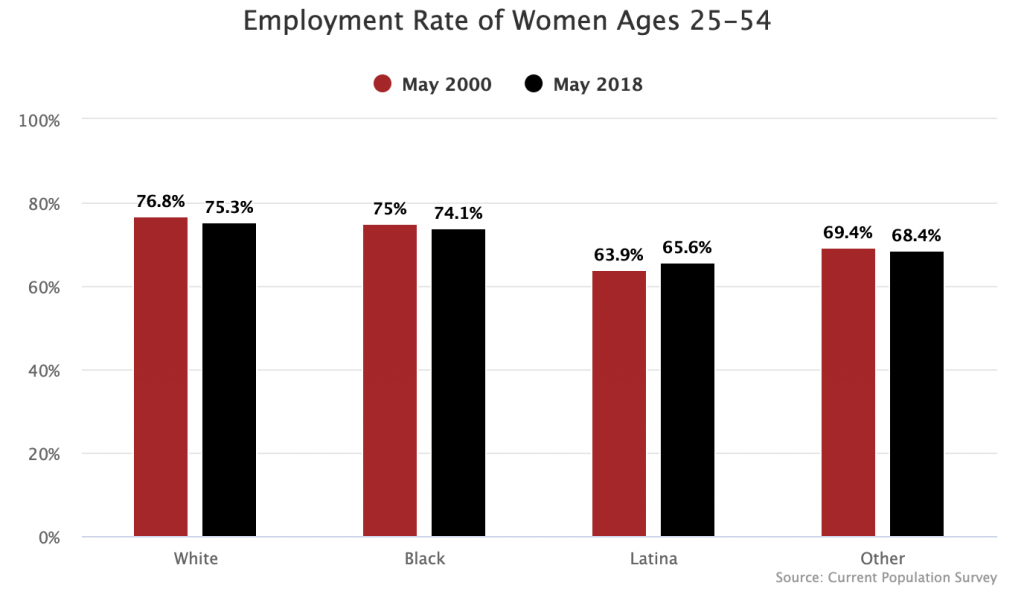 Why do Latinas have lower employment rates? Breaking each group of women down by marital status tells the story pretty well. 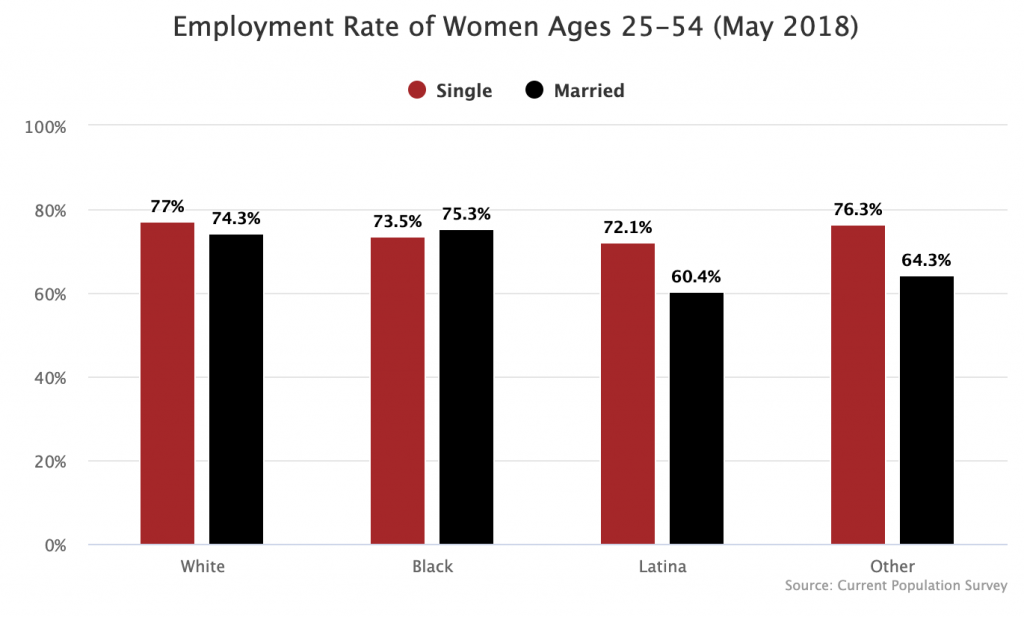 What appears to be going on here is the same thing cross-country researchers have identified in Europe: countries with larger Catholic populations (or history) tend to have fewer women workers than countries with smaller Catholic populations (or history). Put more directly: Latino people appear to have more conservative gender attitudes on average. What this means is that, for as long as Latinos grow as a share of the US population, overall indicators of women’s involvement in the workforce will likely face headwinds, at least in the short term.