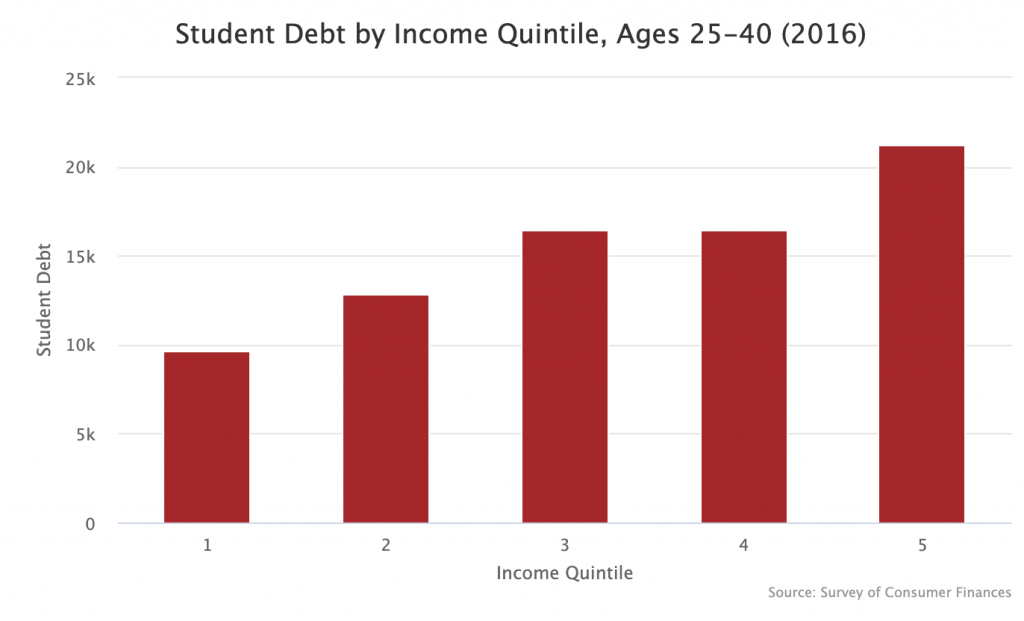 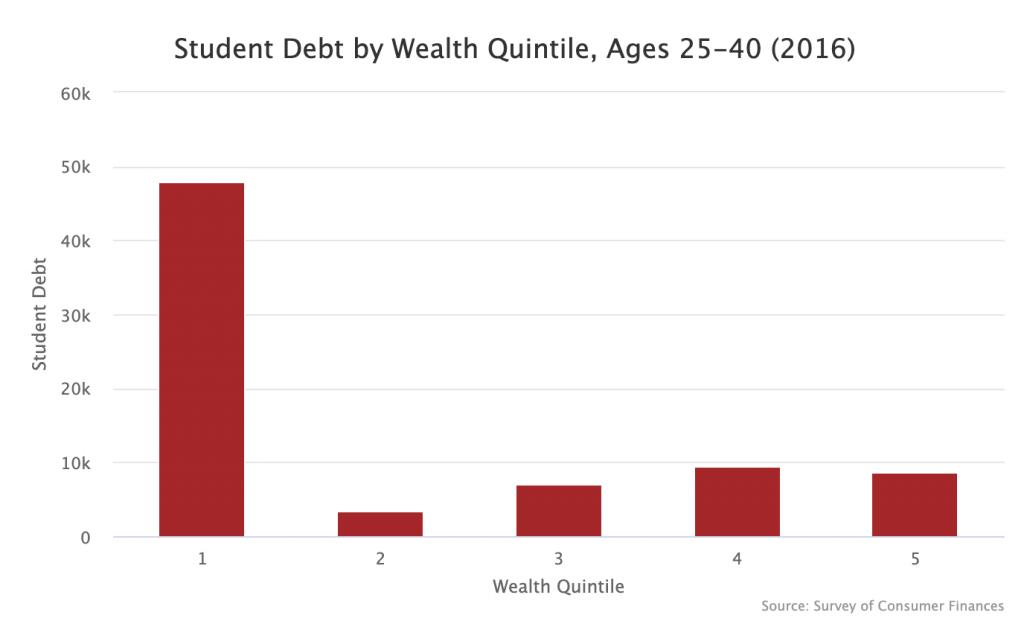 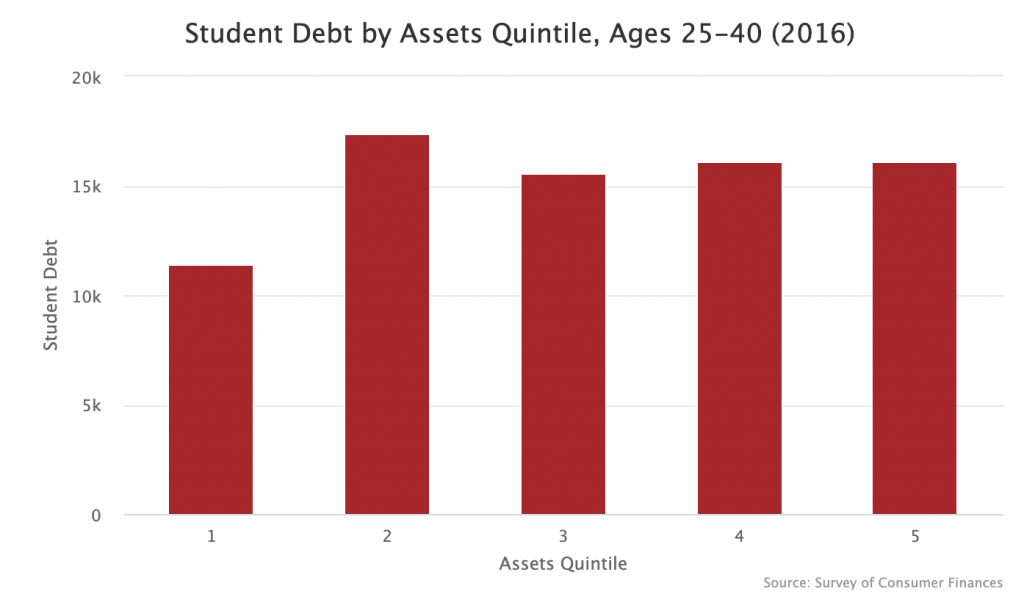 In addition to looking at student debt by income quintile, it can also be helpful to flip the axes and see what the average income is in each student debt quintile. One difficulty of doing this is that only 43 percent of families with heads between the ages of 25 and 40 have outstanding student loan balances. So for these purposes, I lump together the 57 percent without student debt into one bucket and then cut the 43 percent with student debt into two buckets and count them as the 4th and 5th quintiles. 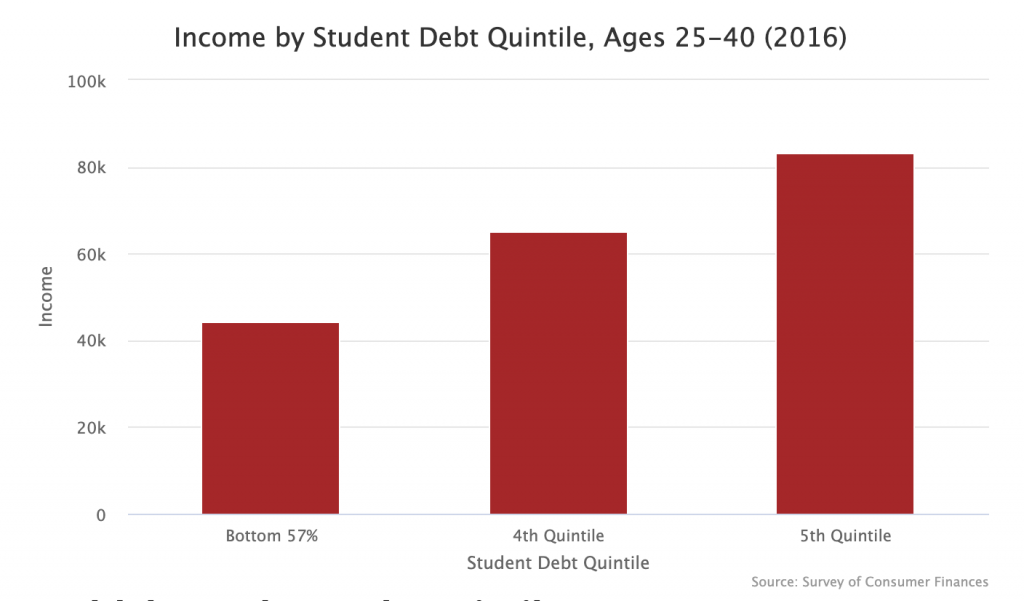 Flipping the axes on the student debt by wealth graph in a similar manner gives you the following. 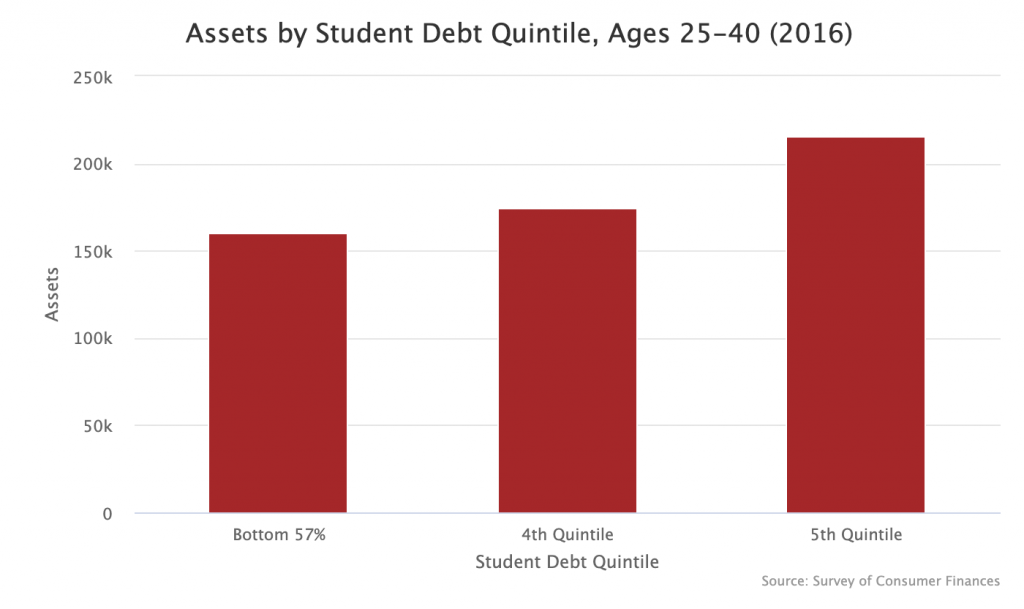