The uneven distribution of nonworkers across families is one of the largest drivers of inequality in American life. Unfortunately, this fact gets relatively little direct attention in our discussions about the economy. This lack of attention then seems to cause policy writers to put forward misguided policy proposals that double-down on things like the Earned Income Tax Credit rather than put forward a normal welfare state agenda like the Family Fun Pack.

To help understand how unevenly nonworkers are distributed across families, I produced the following graphs based on the latest CPS ASEC data. 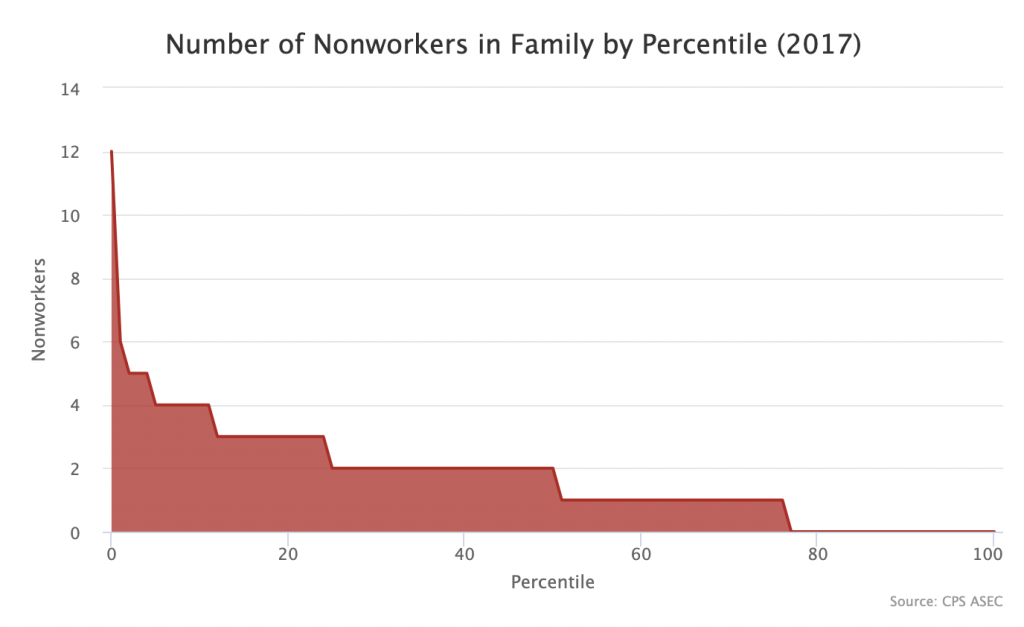 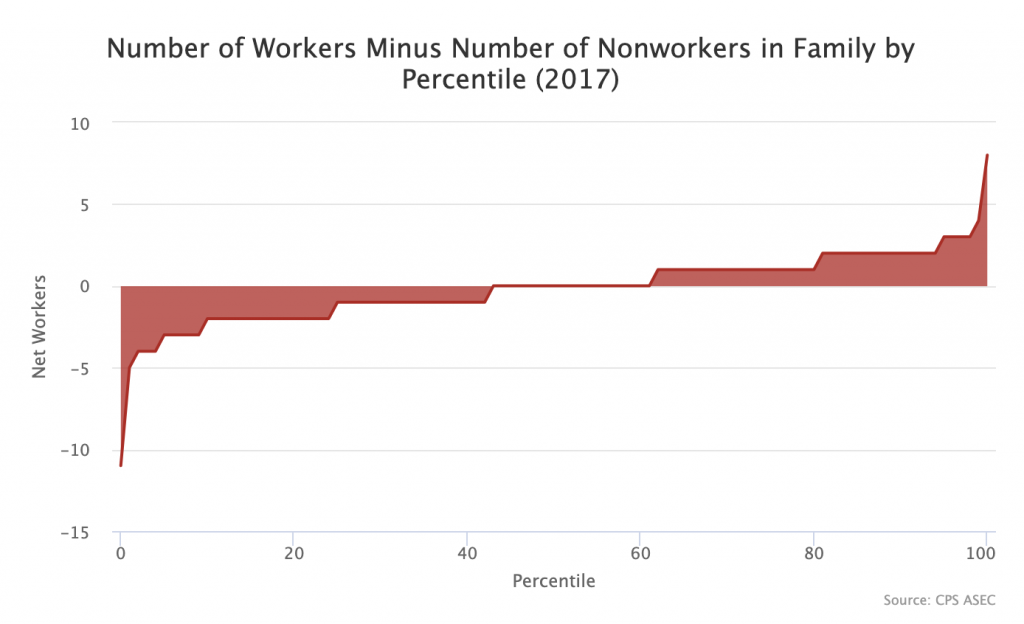 Third, we have the percentage of family members who are working by percentile. This is better than the first and second graph in driving home how unequal the dependency burden is. 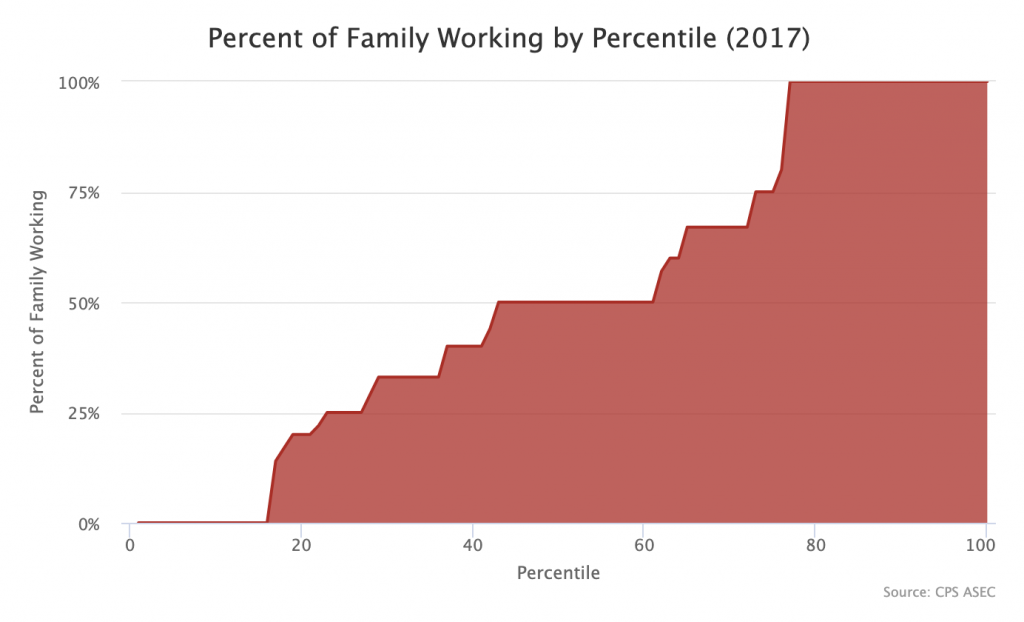 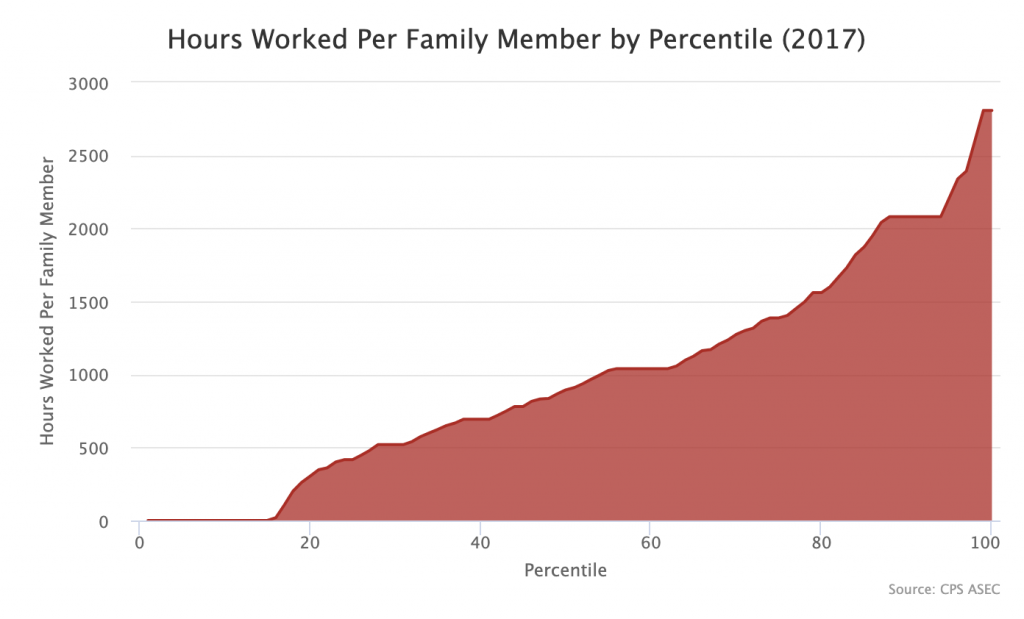 What this all shows is that you cannot rely upon wages or benefits paid to workers to achieve any kind of equality in society. Compressing the wage structure so that the gap between the lowest-paid worker and highest-paid worker is much smaller, shifting market income away from capital and towards labor, and providing earnings-related benefits like the EITC are simply not going to cut it in a world where workers live in very differently-sized families and therefore have to stretch their pay and benefits across very different numbers of dependents.

Thus, the solution to inequality — both poverty and horizontal inequality between similar workers — has to include a universal welfare state that provides social benefits to all nonworkers. This is key not just for nonworkers themselves, but also for the workers that live with them. Unless we shift resources away from the right side of the above graphs to the left side of the above graphs, we will never have an egalitarian society.