The Census released its annual income, poverty, and health insurance statistics earlier this week. The summary report shows that 8 million of the nation’s 42.5 million poor people would not be poor if they did not have to pay medical out-of-pocket (MOOP) expenses like deductibles, copays, coinsurance, and self-payments. Medicare for All (M4A) virtually eliminates these kinds of payments, meaning that these 8 million people (18.8 percent of all poor people) would find themselves lifted over the poverty threshold if M4A were enacted.

This headcount poverty measure actually understates how significant MOOP expenses are to poverty in this country. According to this same data, in 2018, the total poverty gap stood at $175.8 billion. This figure is derived by calculating how far each poor family’s income is below the poverty line and then adding those calculations together to get an aggregate amount. MOOP expenses make up $38.2 billion of that total gap, meaning that Medicare for All would cut poverty by about 22 percent. 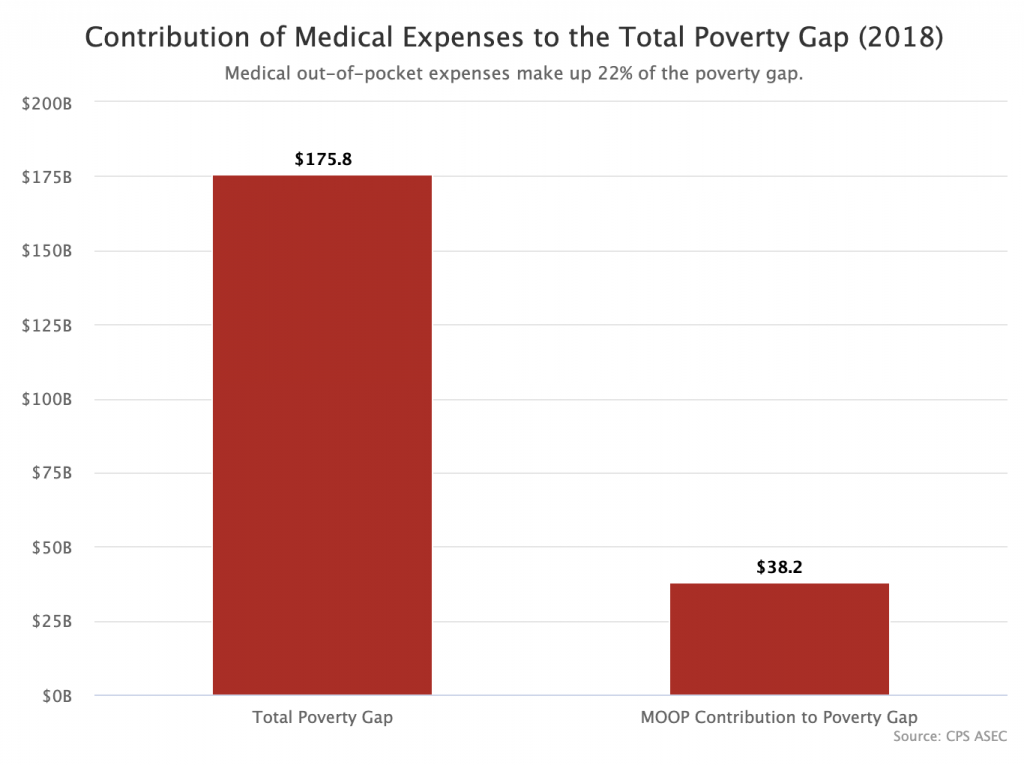 Coincidentally, MOOP expenses also chew up about 22 percent of the income of poor people. That’s right: more than 1 in 5 dollars received by the nation’s poor goes towards out-of-pocket medical expenses. For families with incomes above 400 percent of the poverty line, the same figure is only 4.6 percent. 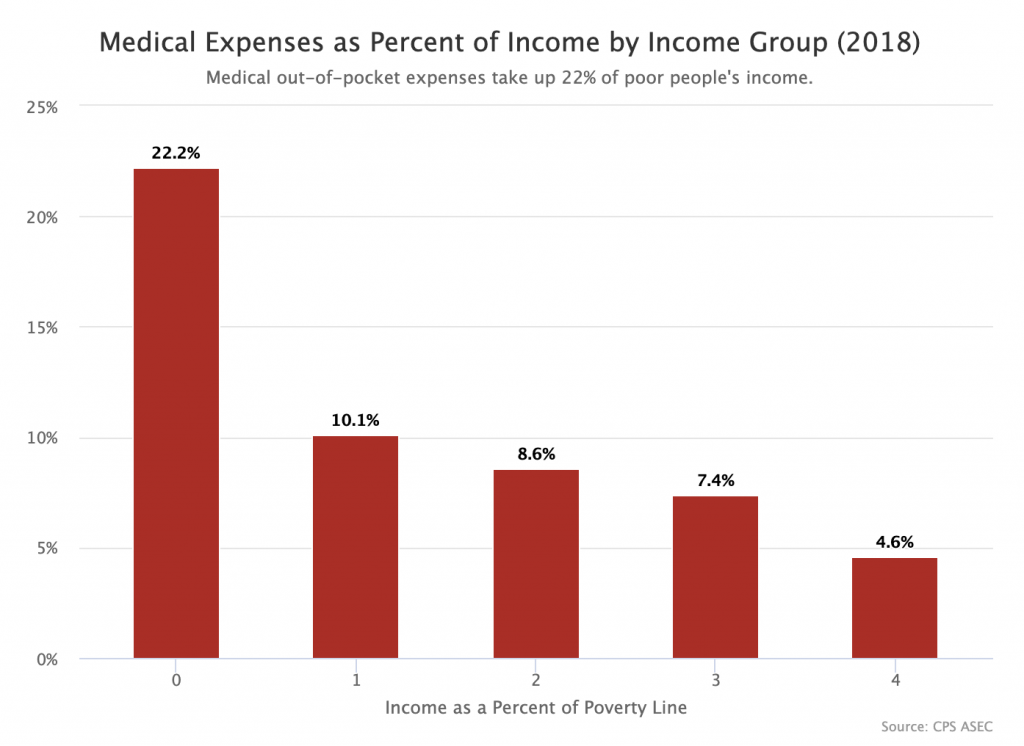 What this means is that, by eliminating medical out-of-pocket expenses, Medicare for All would reduce headcount poverty by 19 percent, reduce the overall poverty gap by 22 percent, and increase poor people’s incomes by 29 percent. Indeed, M4A’s elimination of MOOP expenses would contribute more to the incomes of the poor than the Earned Income Tax Credit currently does. This makes M4A one of the most potent anti-poverty programs proposed thus far in the current presidential race.