In the paper, the authors determine that a carbon tax of $230 per ton of CO2 is necessary to prevent global temperatures from rising by more than 2.5 degrees C. They estimate what effect such a tax would have on the price of various consumer goods, how much revenue it would raise, and how big a carbon dividend funded by such a tax could be.

The following graphic illustrates these findings. A carbon tax of $230 per ton of CO2 would raise the price of gasoline by 79%, it would raise of the price of education by 5%, and it could fund a universal dividend of $2,237 per person, which would offset these price increases for the vast majority of poor and middle-class people. 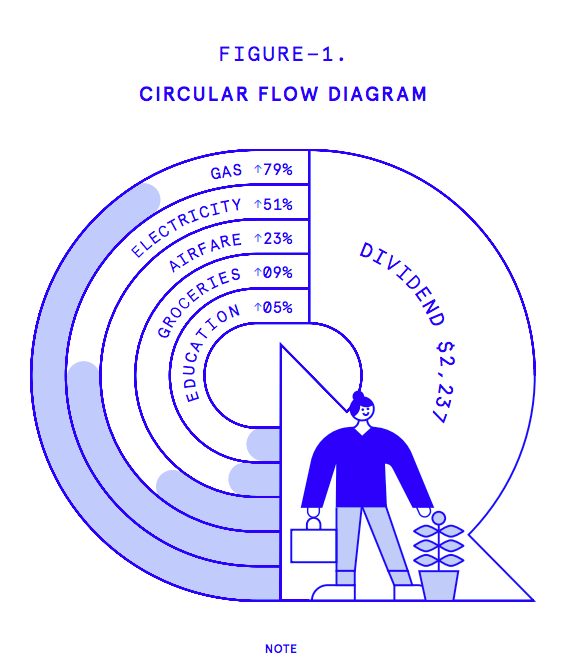 Under this carbon dividend scheme, all individuals would receive the $2,237 dividend, but richer people would pay higher carbon taxes than poorer people because richer people consume more carbon than poorer people. Thus, the net result of the carbon tax-and-dividend proposal would be that poor and middle class people wind up with more income than they have now while rich people wind up with less. Specifically, individuals in the bottom decile would see their net incomes increase by $1,371 or $5,484 for a family of four. 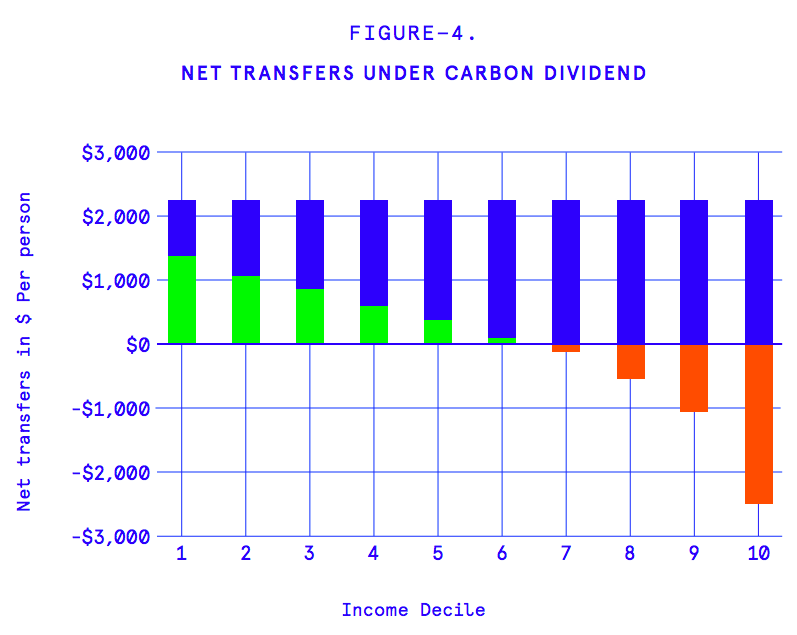 Read the full paper for a detailed analysis of the proposal, including responses to potential objections.

Coverage
Huffington Post: Here’s A Radical New Plan To Tax Carbon And Give Everyone In America $2,237
Jacobin: Why Socialists Should Back a Carbon Tax