The Census released its Annual Social and Economic Supplement yesterday. According to the new ASEC data, the per capita household income distribution in 2016 looked like this: 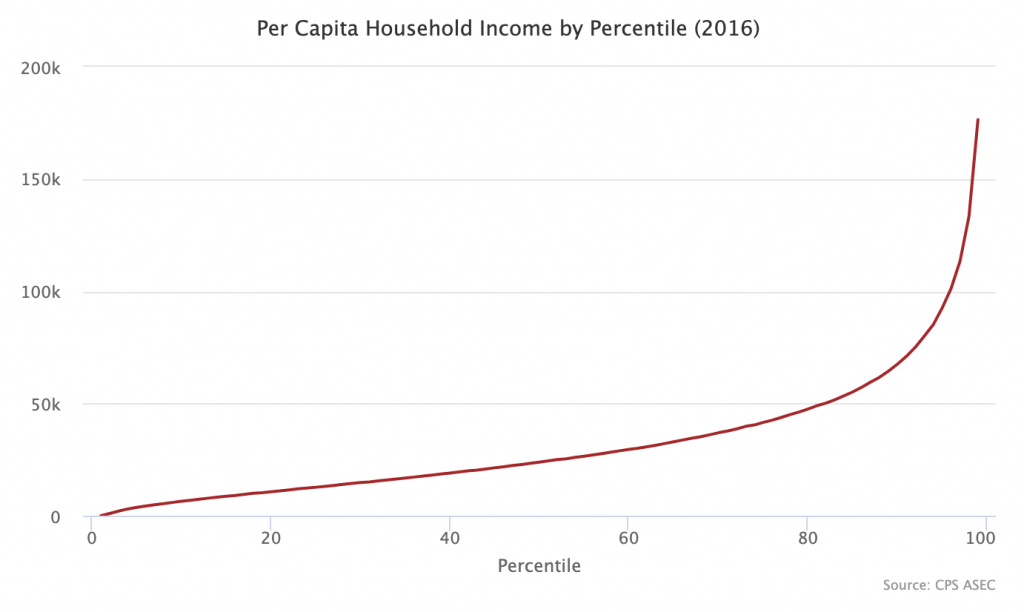 The median person has $23,866 of per capita household income, meaning that the income of their household divided by the number of people in their household equaled $23,866. At the 99th percentile, the same figure was $176,406. 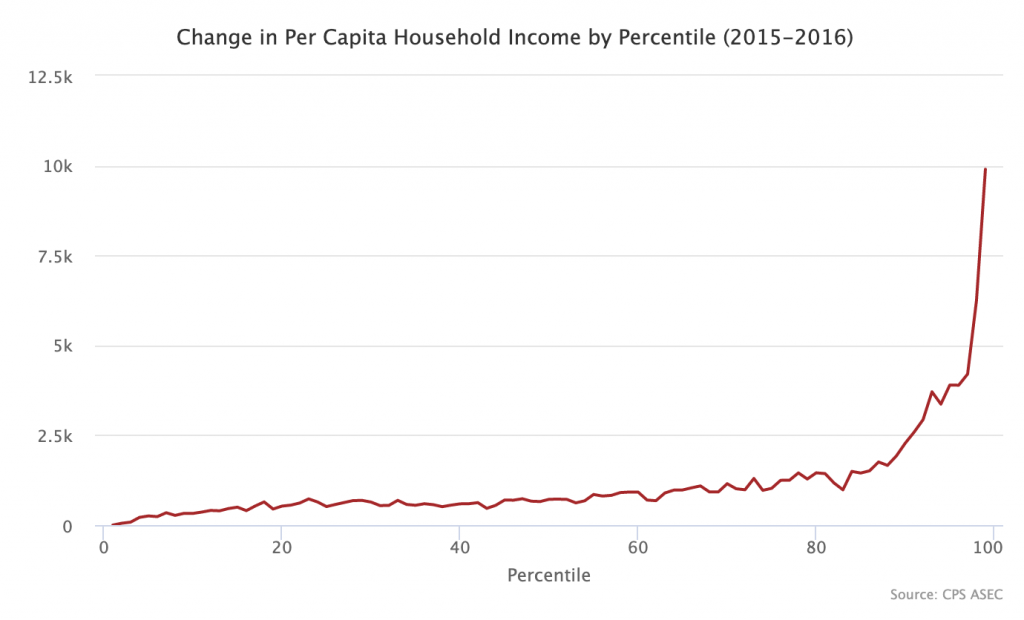