The Federal Reserve released the 2016 Survey of Consumer Finances today. This is the first wealth survey of its kind since 2013. By comparing the 2007 and 2016 versions of the SCF, we can see roughly how the various racial groups fared under Obama.

Here is the change in white wealth between 2007 and 2016 at every white wealth percentile. Hover your cursor over the line in the graph (and the two subsequent graphs below) to get the dollar figure for each percentile. 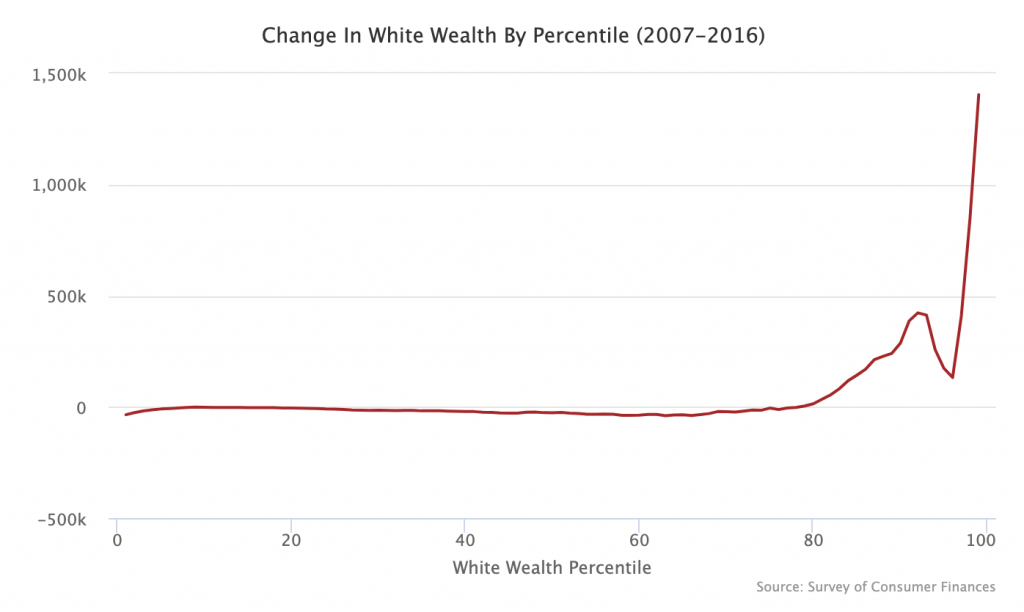 Here is the same graph for black wealth. 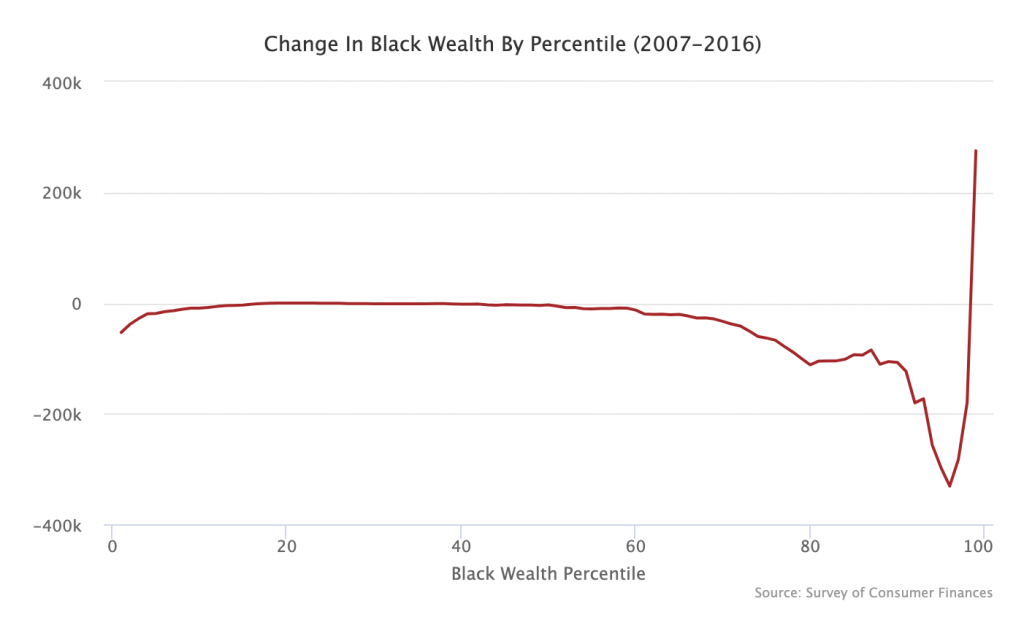 The black 99th percentile added $275,000 of wealth under Obama while every other black family lost money, including steep losses among most of the black upper class. 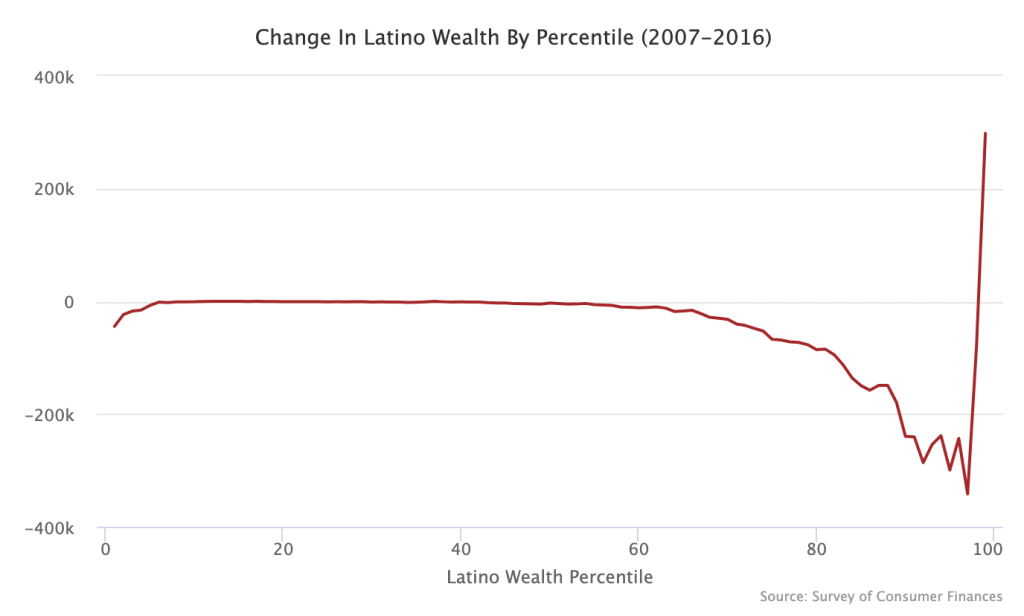 The pattern here is similar to black wealth. The 99th percentile of Latinos added about $300,000 of wealth under Obama while every other Latino family stood still or lost ground.