The Federal Reserve released the 2016 version of the Survey of Consumer Finances today. I will be doing a lot of work with this data in the coming months. But for starters, here is a short post about overall wealth inequality.

The below graph shows the wealth level at each percentile of the wealth distribution. Since wealth is so overwhelmingly concentrated at the top of society, you cannot see much from the chart itself, but you can hover over the line on the graph with your cursor to see the dollar figure at every percentile. 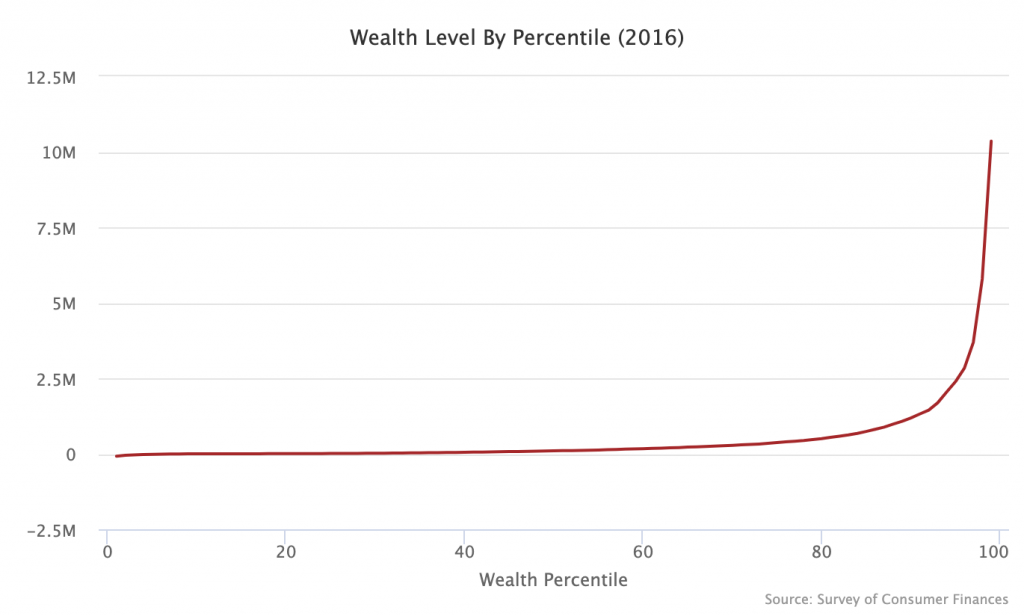 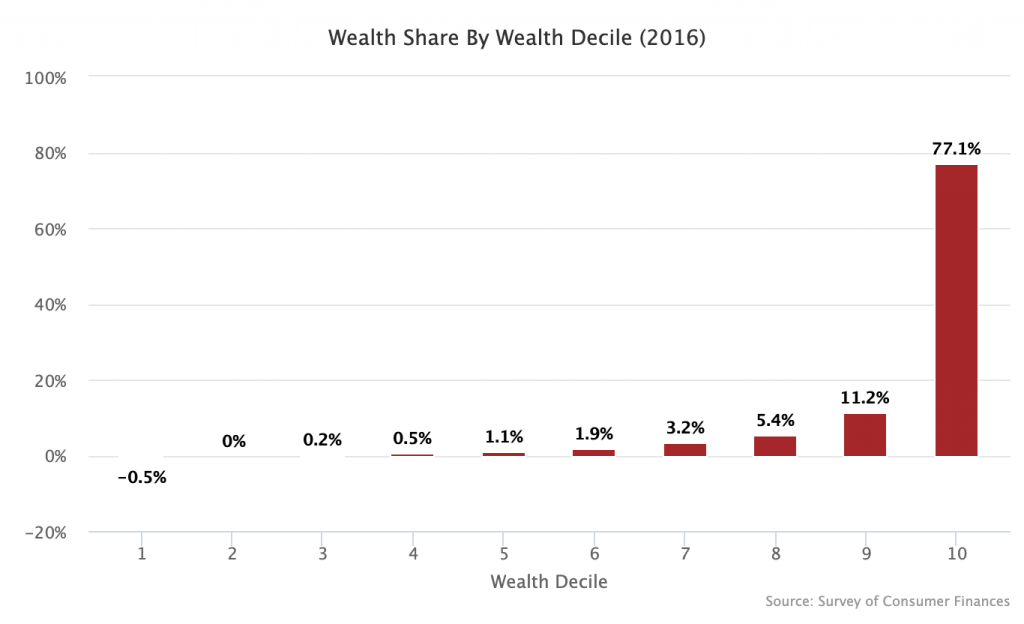 Here is what percent of the wealth is owned by the top 1 percent of families. 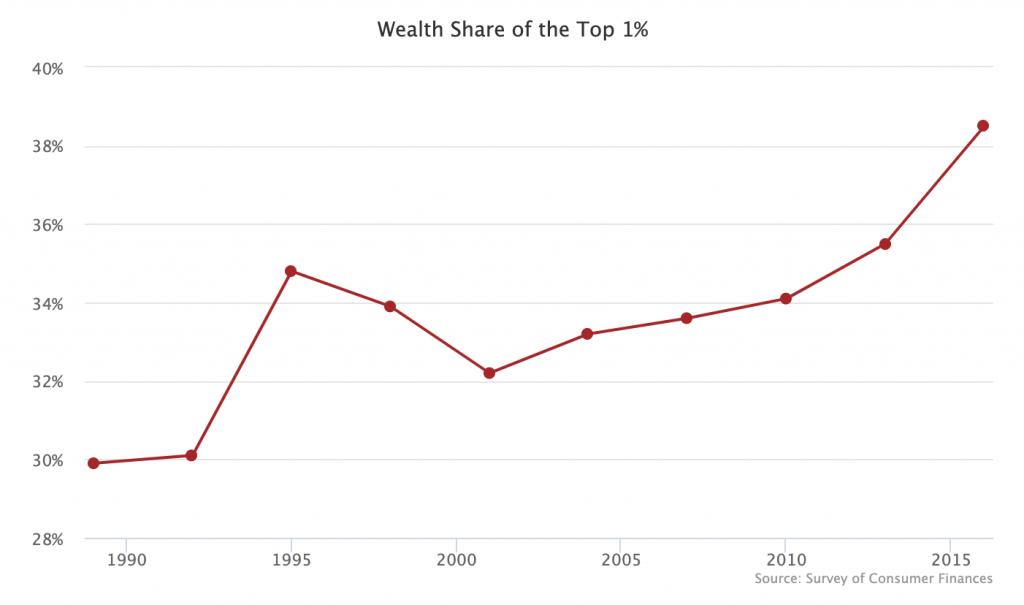