In continuing with our coverage of the recently-released 2016 Survey of Consumer Finances, I thought it would be interesting to see how wealth is distributed within each racial group.

Overall what you find is that wealth distributions are basically the same within each racial group, though wealth magnitudes obviously differ considerably between racial groups. 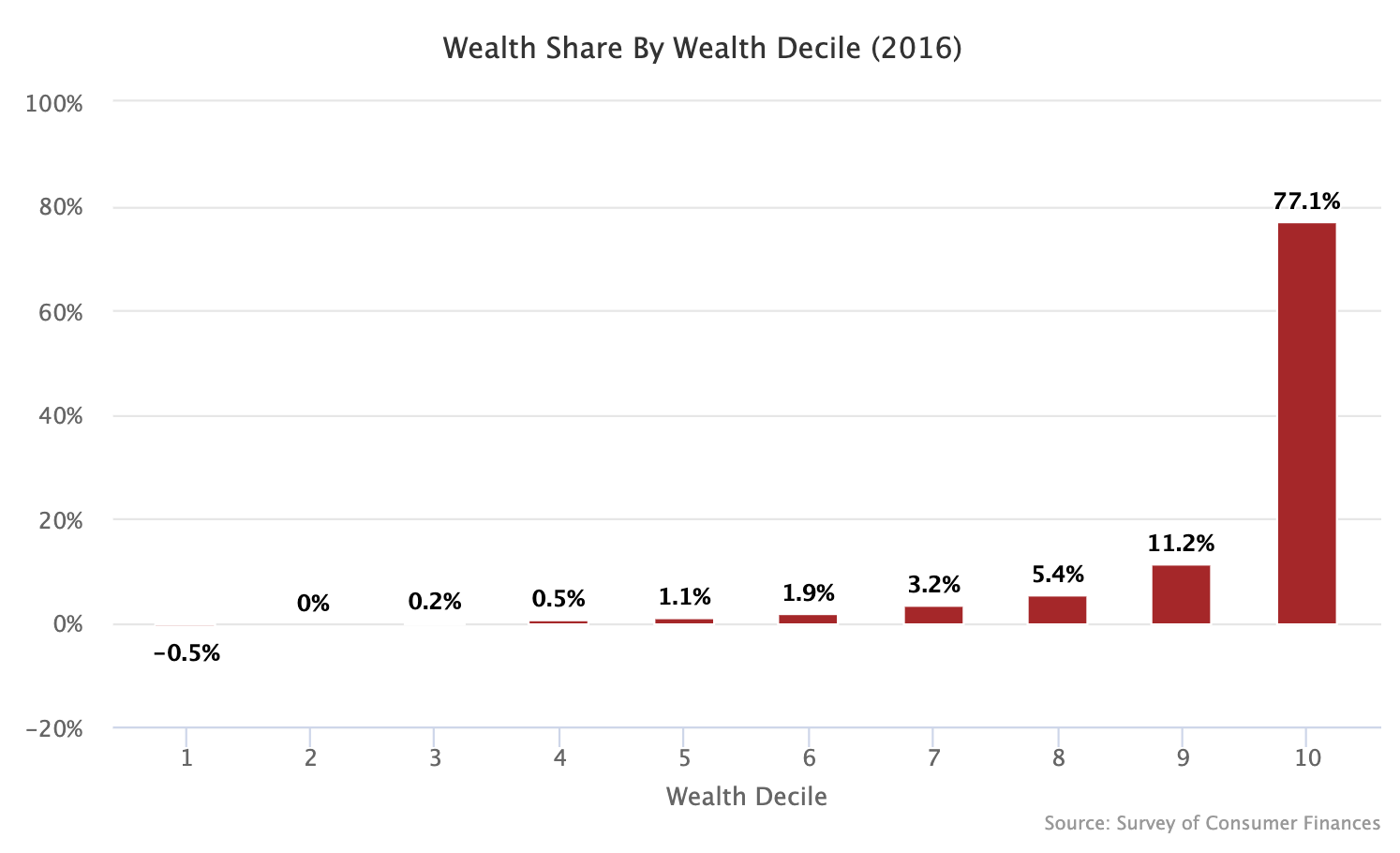 Here is the same graph for white families. 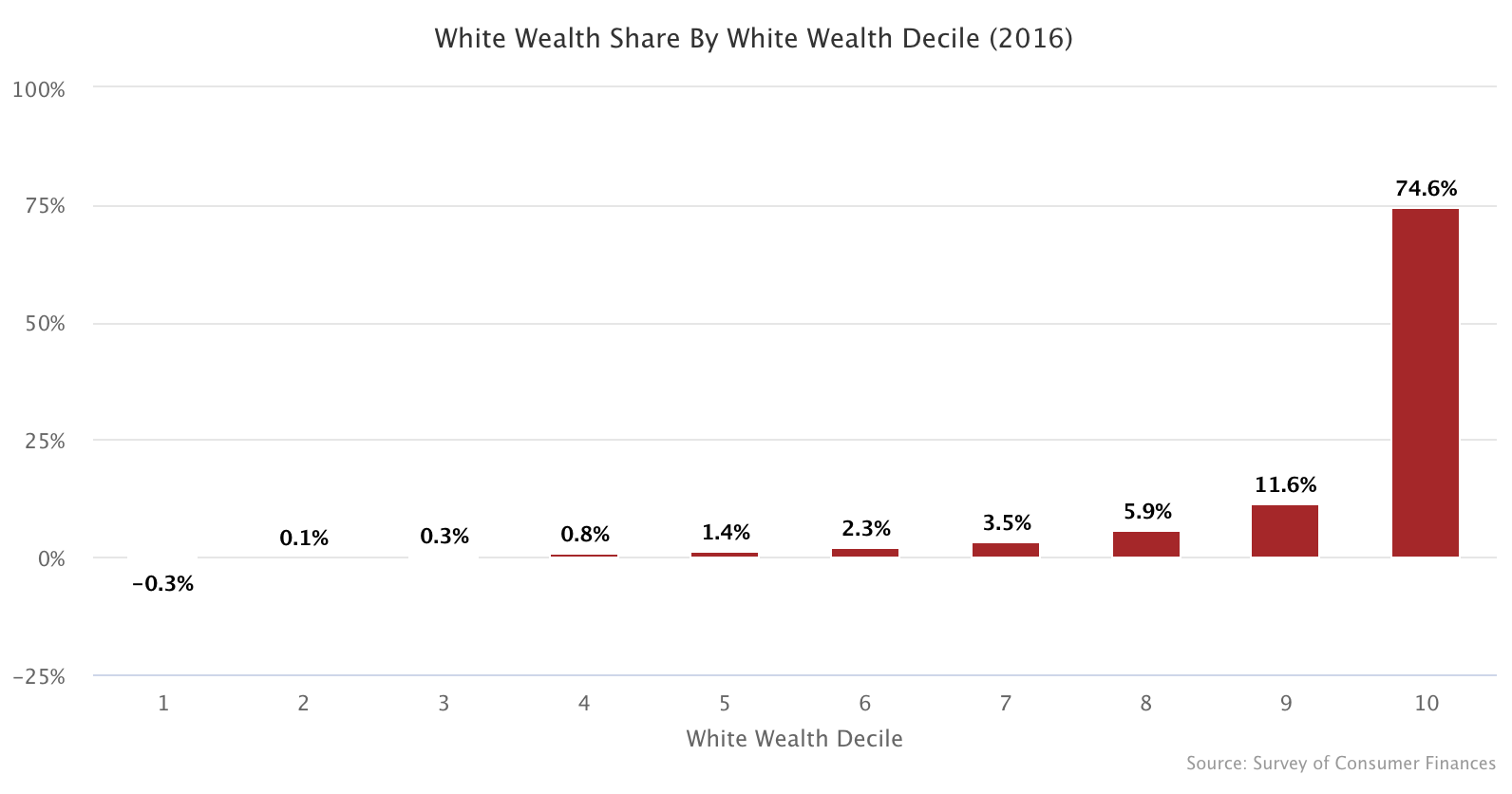 Here is the graph for black families. 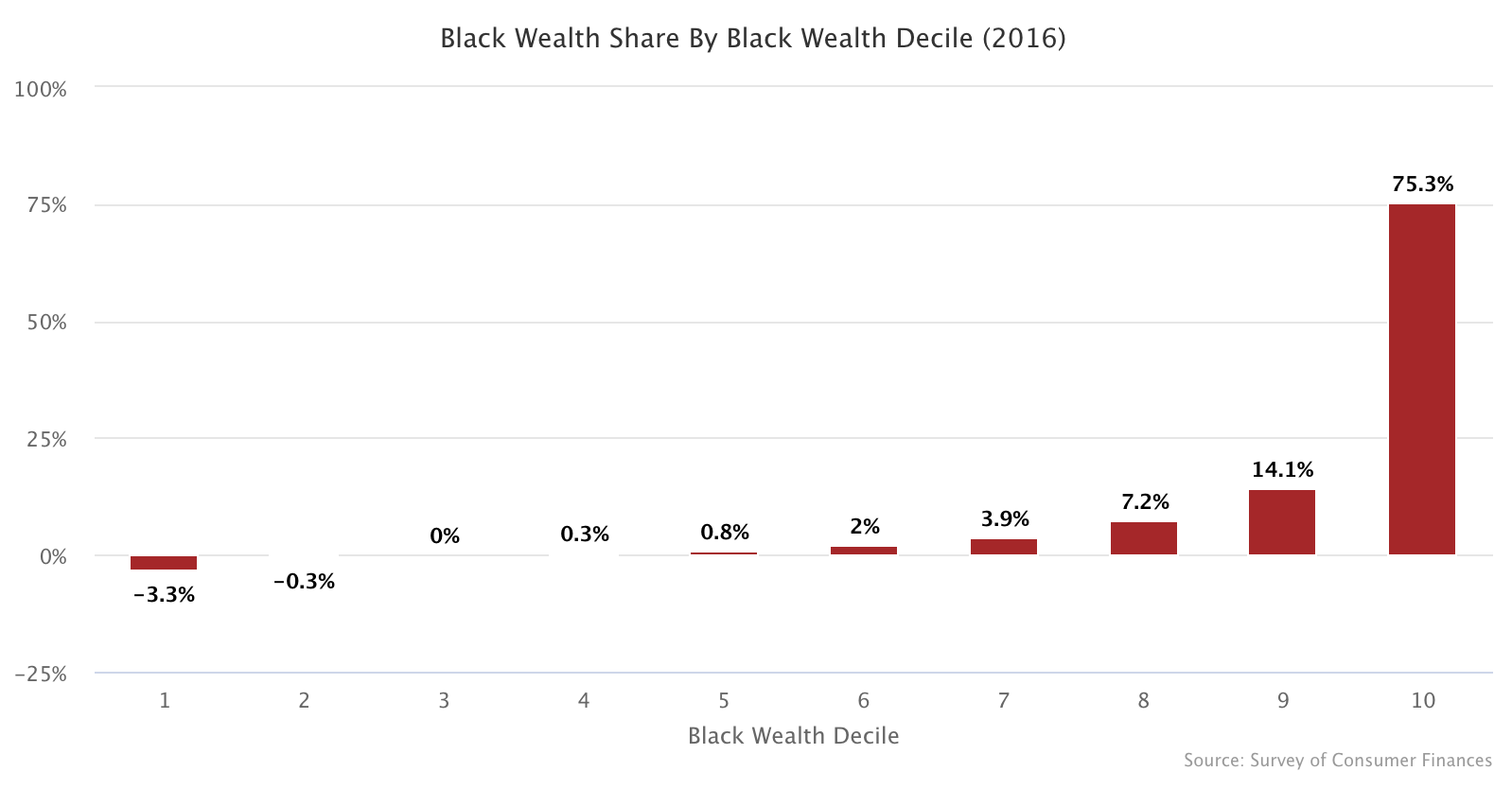 Here is the graph for Latino families.

In all cases, the top 10 percent owns about three-fourths of that racial group’s wealth, while the bottom half owns virtually none of it. 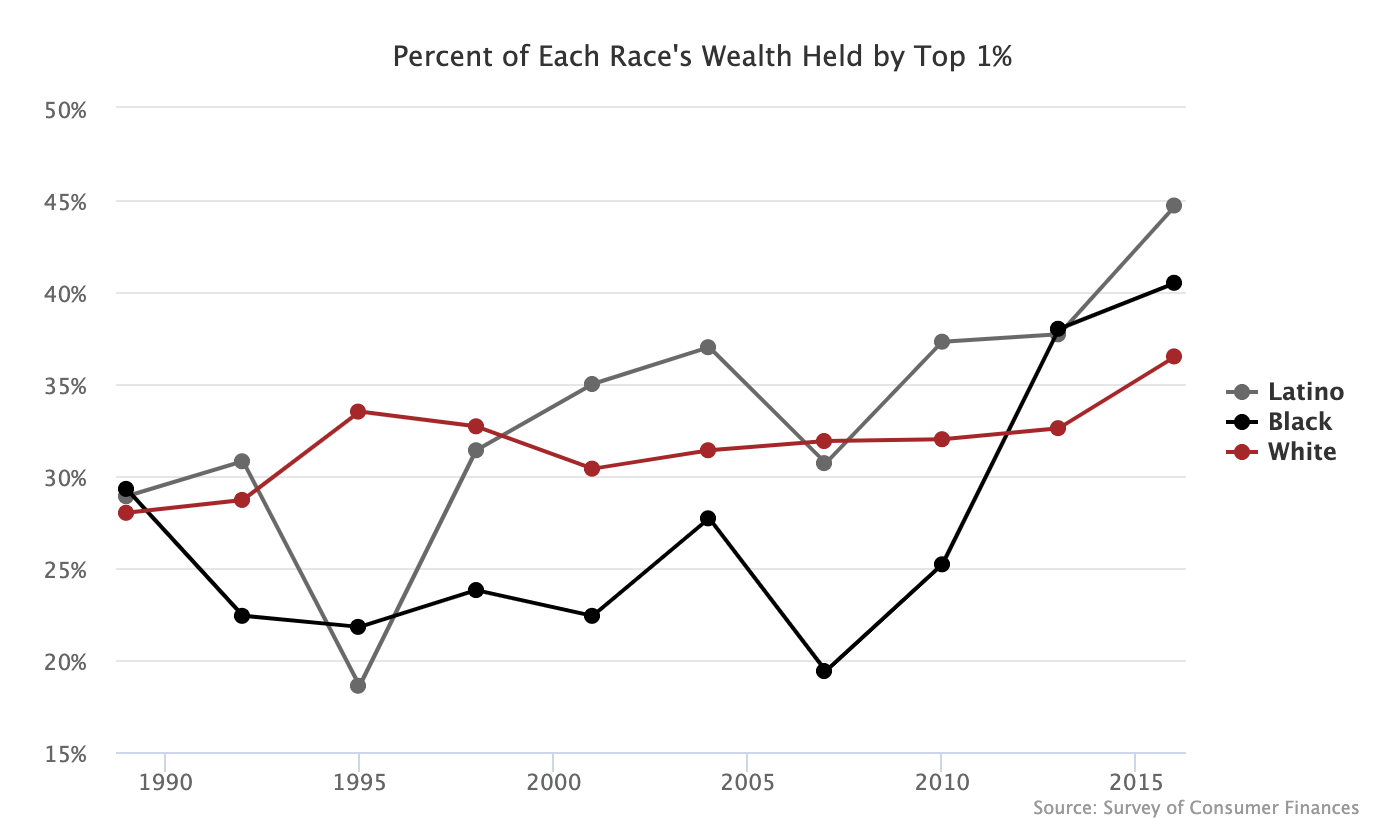