Using the 2016 Survey of Consumer Finances, I have pulled out the following figures showing that the racial wealth gap appears in every income group and at every educational level. The upshot is that the elimination of this wealth gap is going to require intentional wealth redistribution. Increasing educational attainment and improving labor market outcomes simply will not be enough.

The graph below charts the median wealth level of each income quintile broken down by race (hover with your cursor to get precise figures). 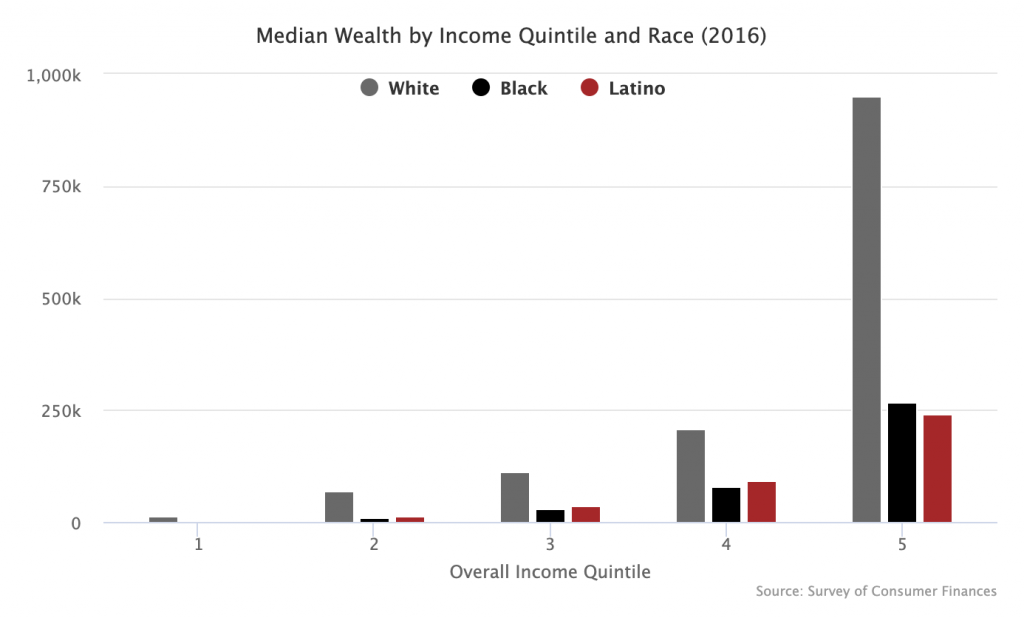 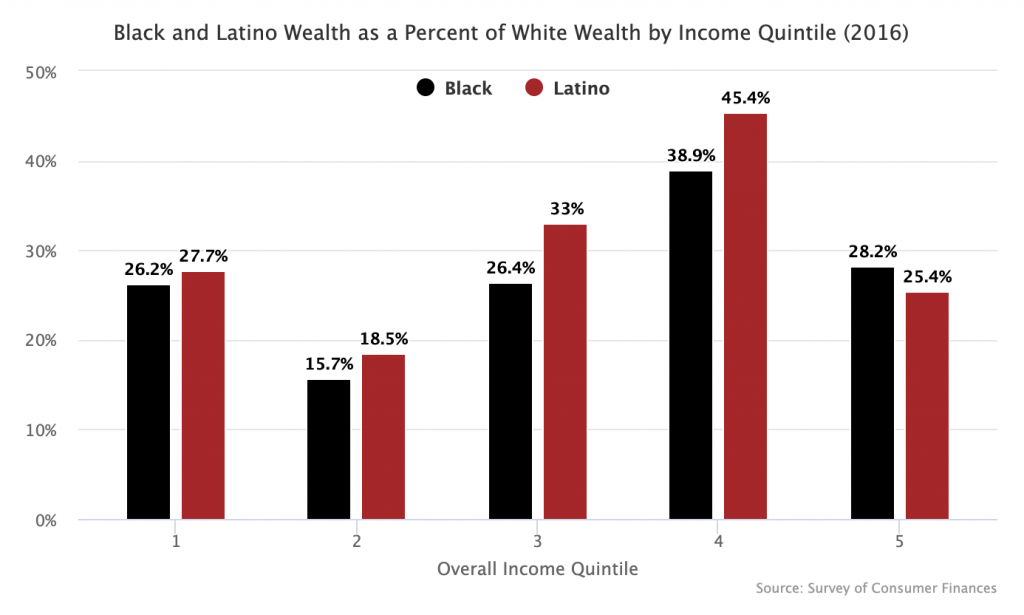 The next graph shows median wealth levels by education broken down by race. 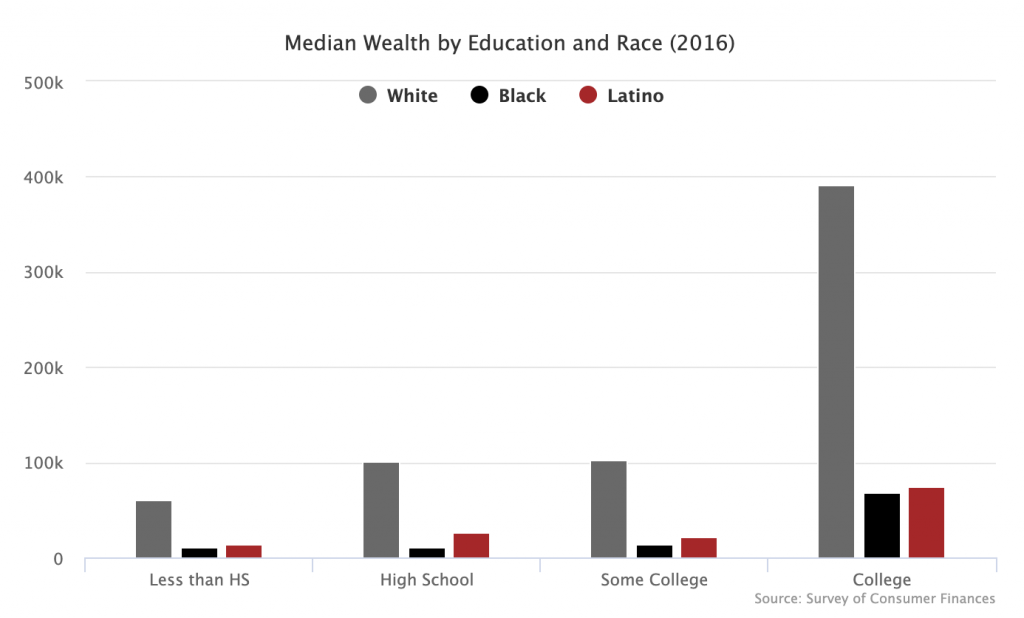 This reads the same as the first graph above, but using educational groups rather than income groups. 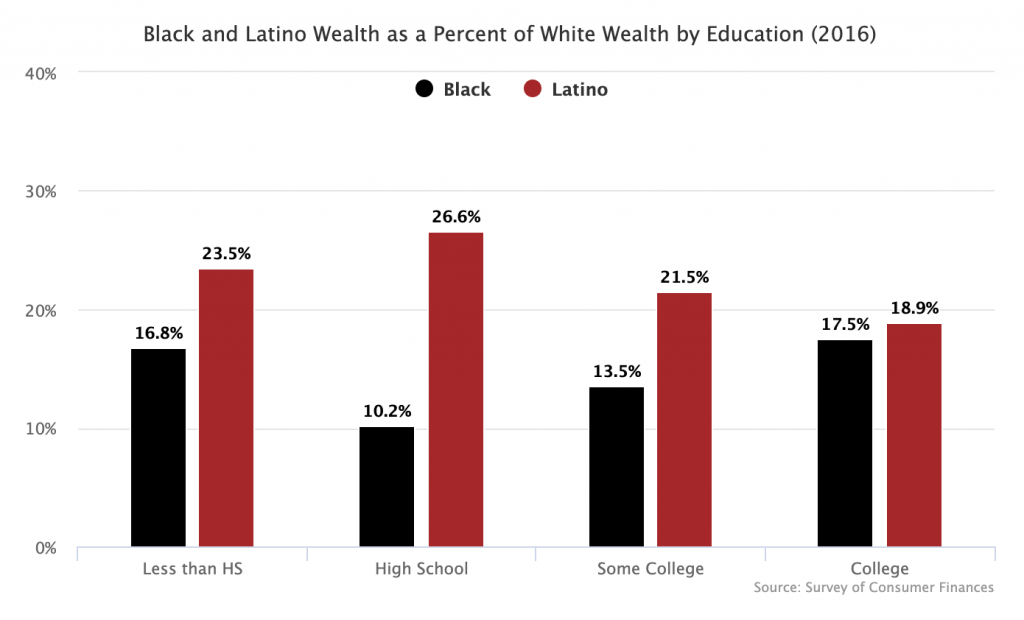 As with above, you see that black and Latino wealth is a small fraction of white wealth, even when comparing families with the same education level.

If we are going to make serious strides in reducing these wealth gaps, boosting black and Latino incomes through higher educational attainment and better labor market outcomes clearly will not be adequate. Instead, a larger program aimed specifically at equalizing the distribution of wealth in the country will be necessary.