The below graph shows how wealth is distributed in every age group.

This is the same as the age graph, but using education groups rather than age groups. 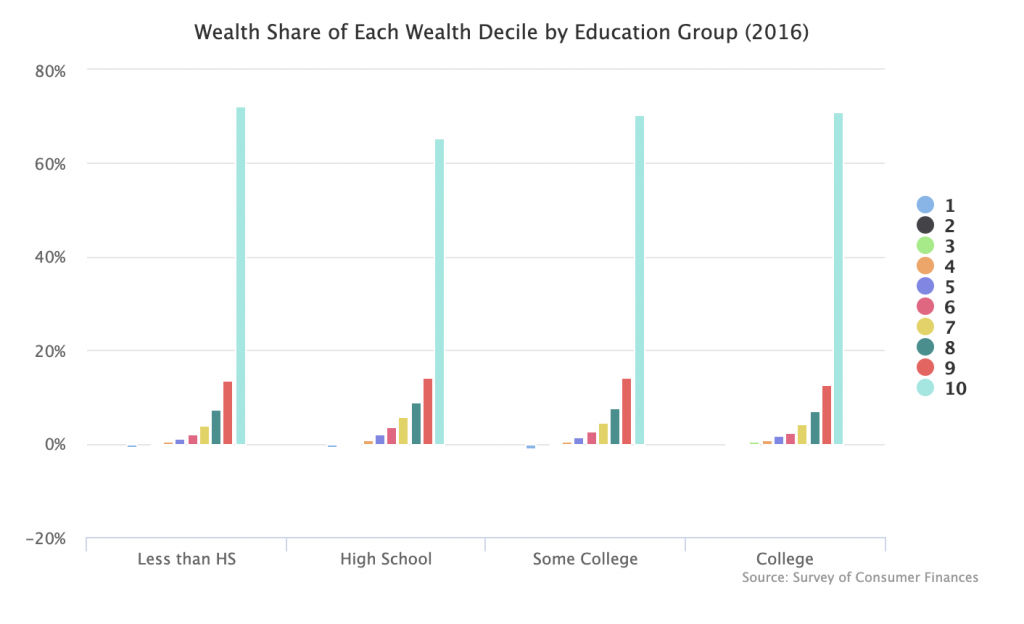 Across all education groups, the top 10 percent owns around 65 to 70 percent of the group’s wealth.

Finally, we look at race. I have already written a post about this, but did not put all the figures together in one graph. So I do that here. 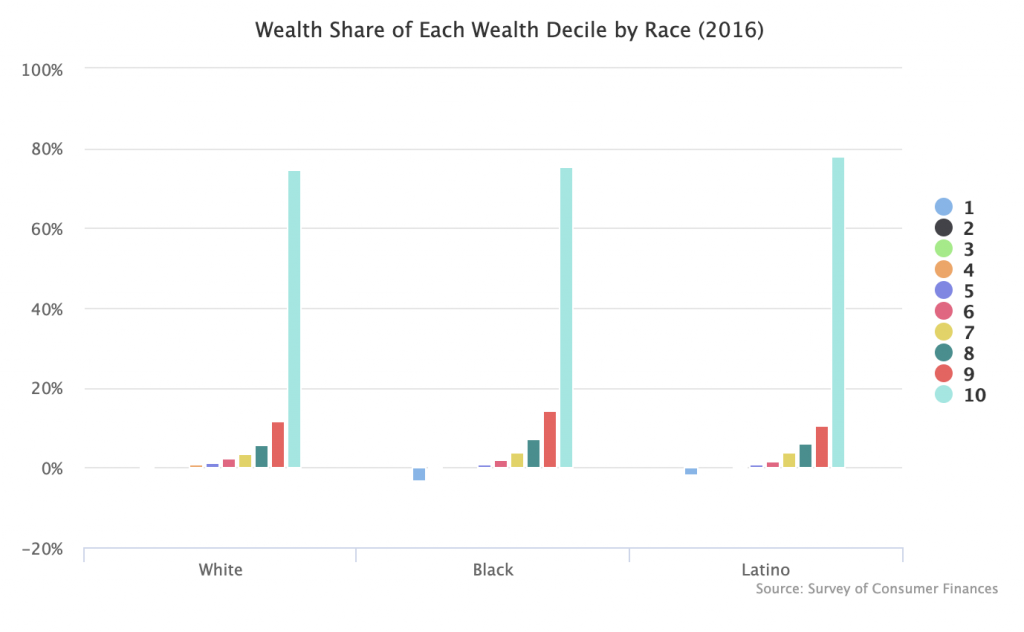 This suggests that the patterns of wealth inequality that we see in society are deeply embedded in the way our economic system works. If we want to break those patterns up and create a more egalitarian system, truly radical changes to how we own wealth will probably be necessary.