Rothwell’s preferred theory for why top incomes have increased so much is that regulations have driven up the labor incomes of a small class of top earners:

Almost all of the growth in top American earners has come from just three economic sectors: professional services, finance and insurance, and health care, groups that tend to benefit from regulatory barriers that shelter them from competition. 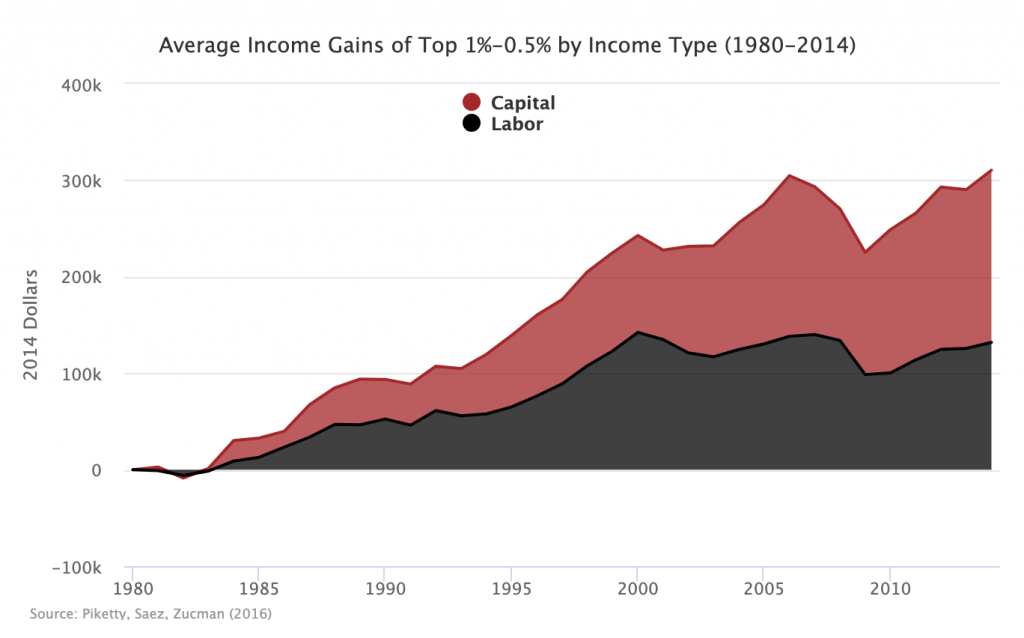 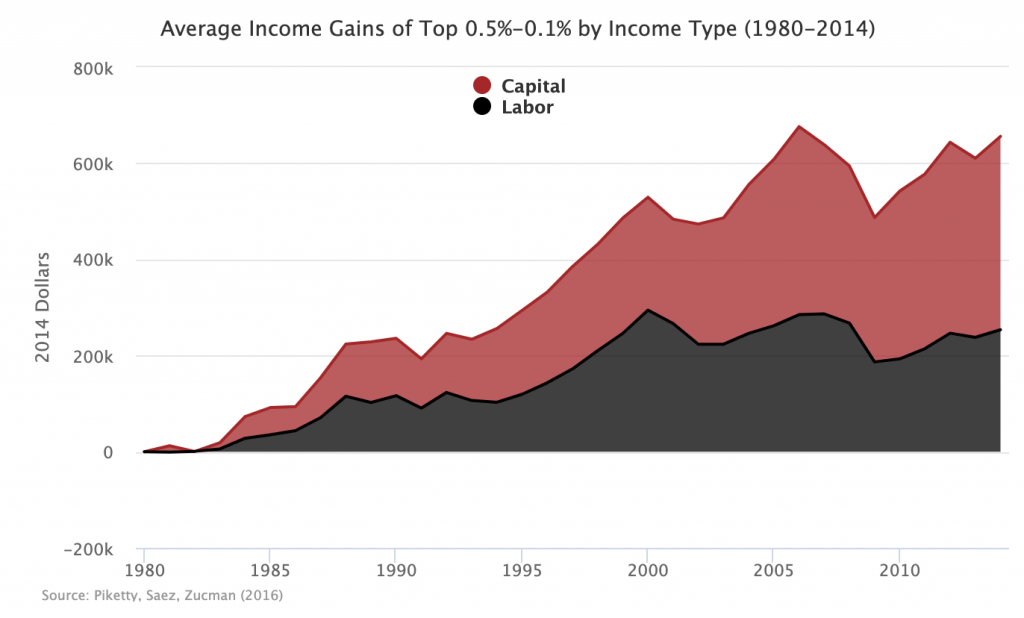 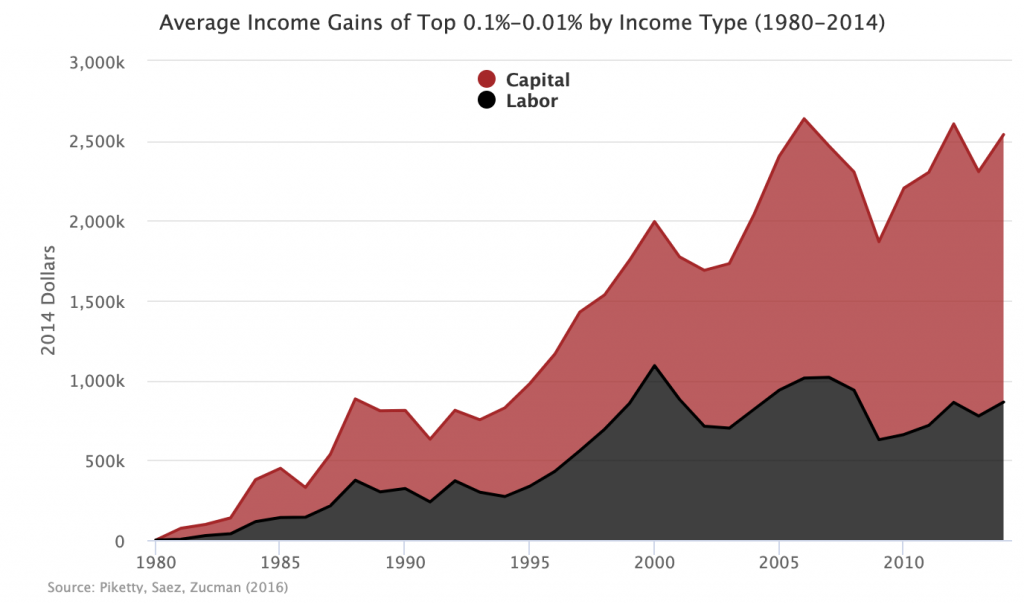 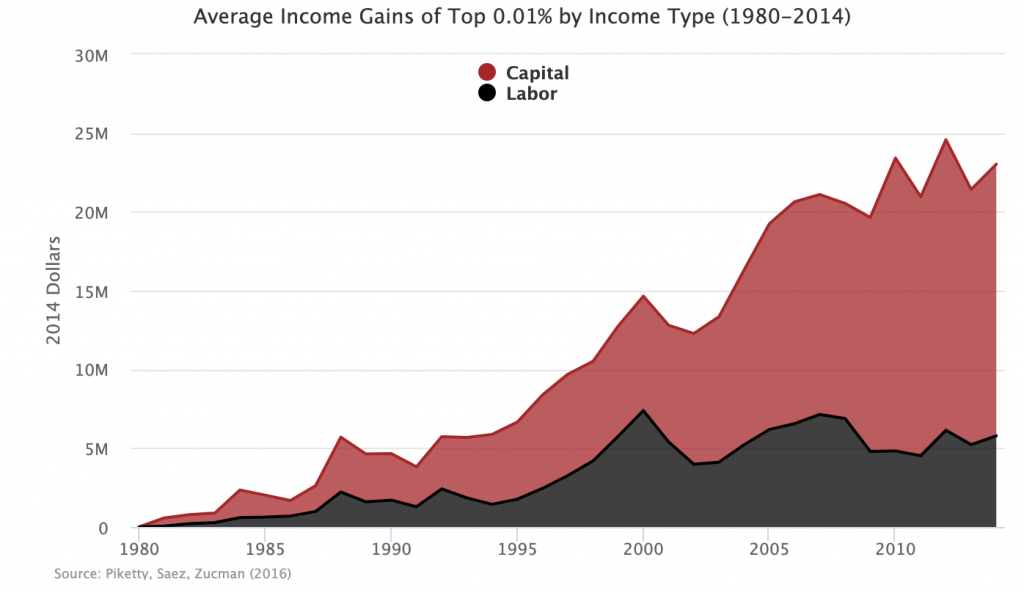 What’s strange about this omission by Rothwell is that the role of capital in these incomes is noted in the abstract of the very paper Rothwell cites in his piece: “The upsurge of top incomes was first a labor income phenomenon but has mostly been a capital income phenomenon since 2000.”

Regulations in the health care, finance, and professional services sectors may be a problem and the top earners in those sectors may be getting a boost from those regulations. But if it is the massive rise of the one percent you are worried about, the source of the problem in recent years seems to lie elsewhere.