In a prior post, I noted that the Norwegian state owns 58.6 percent of the country’s wealth. This level of state ownership is double what you see in China. In the US, the same figure is -3.5 percent, meaning the US government has a slightly negative net worth. 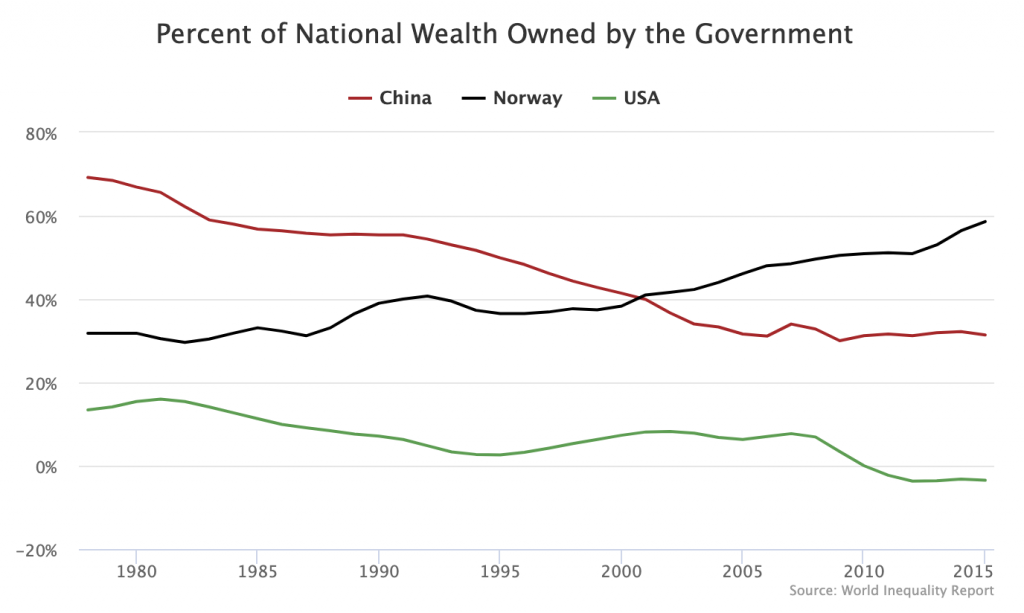 Ever since I published the post, one thing has nagged me about this statistic. Norway has one of the highest homeownership rates in the world. Overall 82 percent of people over the age of 16 live in a house they own. For the US, it is around 64 percent. This must mean that a large chunk of the private wealth is housing. And while owner-occupied housing obviously is wealth of a sort, it is somewhat different from the means of production in some important respects. And when home ownership is close to universal, even the egalitarian case against it starts to wither. So that raises the question: how much of the non-home wealth does the Norwegian state own?

The Norwegian national accounts provide an accounting of total household dwelling assets. But they do not provide an accounting of total mortgage debt. Nonetheless, when I contacted Statistics Norway, they indicated that a rough estimate for total mortgage debt could be calculated using a survey that publishes the average remaining mortgage debt of homeowners. By multiplying that average by 82 percent of the number of households, you can get an aggregate mortgage debt figure. From there, you can go into the same national accounts that produced the first graph above, then subtract all home equity out of the denominator and arrive at an estimate for the percent of non-home wealth owned by the Norwegian state. The answer: 76% in 2015.

If you assume that mortgage debt as a percent of housing assets remained steady over the last few decades, you can also get an estimate of this same figure going back in time. 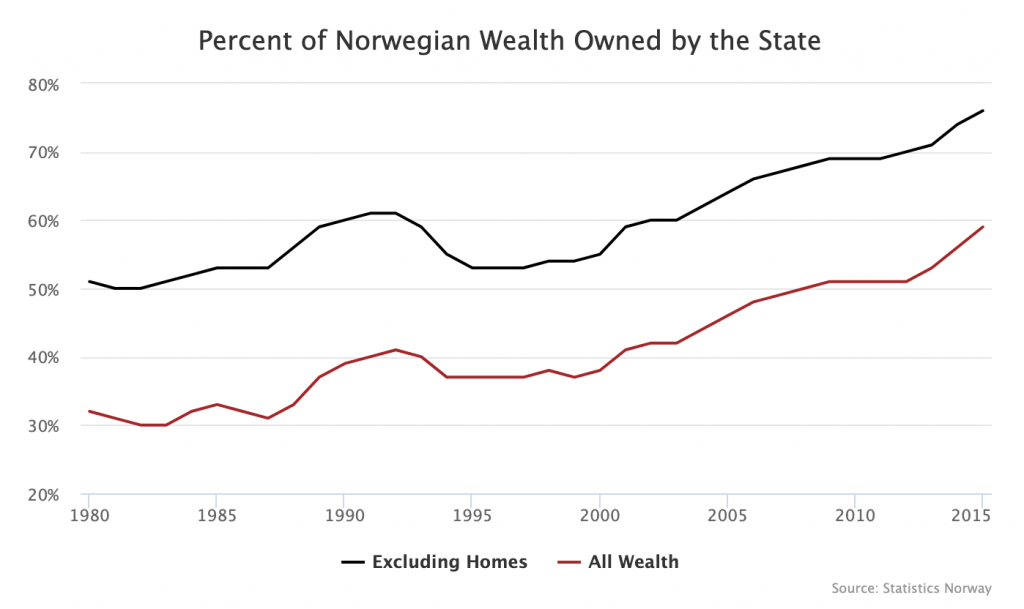 The socialist umbrella contains within it diverse viewpoints about what socialism is, what its core elements are, and how to achieve it. Some emphasize firm-level worker ownership (i.e. cooperatives), others industry-level worker ownership (i.e. syndicalists), and still others society-wide ownership (i.e. social wealth fund advocates). Some think wages and salaries are problematic (e.g. mutualists), others think product prices are problematic (i.e decommodifiers), and still others think both are problematic and that society should be organized into small units that consume what they produce directly (e.g. in a Fourier commune).

The one thing almost all strands have in common is the idea that collective ownership of capital within a relevant economic unit is a key socialist principle. So to the extent that a country is a relevant economic unit and Norwegians own 76% of their non-home wealth collectively through a democratically-elected state, it would be fair, I think, to describe it as the most socialist country in the developed world.