The National Low Income Housing Coalition released its annual report about housing affordability last week. The headline is that housing is unaffordable to minimum wage earners in every state in the country.

NLIHC defines affordability as being able to pay the rent of the 40th percentile rental unit with 30 percent of the minimum wage. So, if the minimum wage is $7.25 (as it is federally), then the annual wage for a minimum wage earner is $15,080 and the monthly wage is $1,256.67. Thirty percent of $1,256.67 is $377. Thus, for housing to be affordable in an area under this measure, the 40th percentile unit would need to rent for $377 or fewer dollars.

The peculiarities of this measurement always raise a few eyebrows from those who pay close attention. This year, Jodi Beggs was among those calling foul. Why does the NLIHC use 30 percent of the minimum wage as the barometer of affordability? Why does it use the 40th percentile rental unit when you would expect a minimum wage earner to live in, say, the 10th percentile unit?

But these answers still leave open a lot of interesting questions. Even if their measure of affordability is defensible, it would nonetheless be interesting to know: what does the 10th percentile rental unit charge? How affordable are units up and down the rental spectrum?

Hoping to answer some of these questions myself, I dug into the American Community Survey to produce the following figures. Note that, for these figures, I use the federal minimum wage and the rental distribution of the whole country. You could do this for individual states as well, but that would take more time than I want to devote to this. 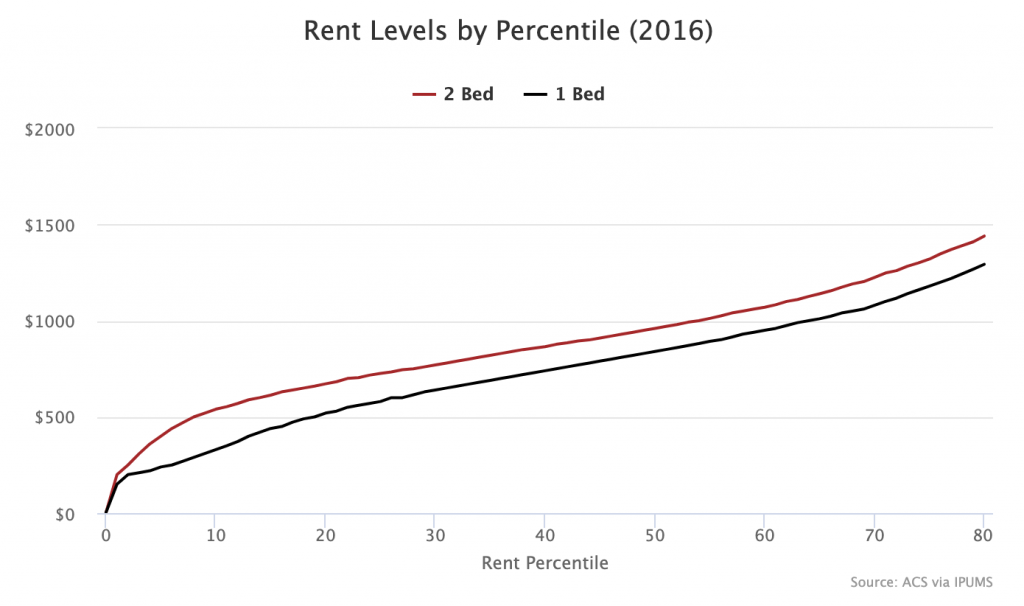 Here is the same graph, but the vertical axis is now expressed in terms of percentage of the federal minimum wage. 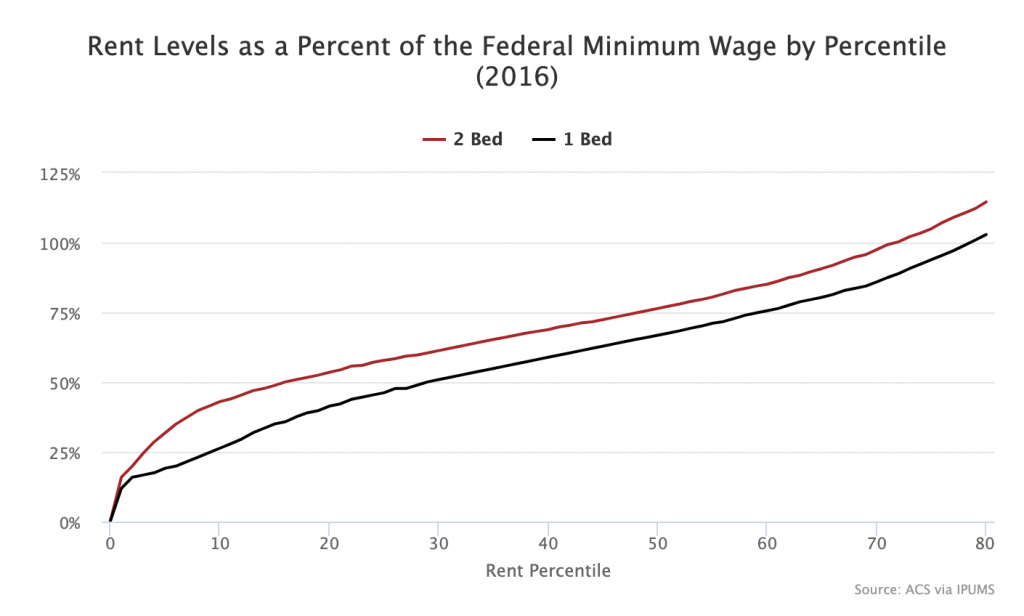 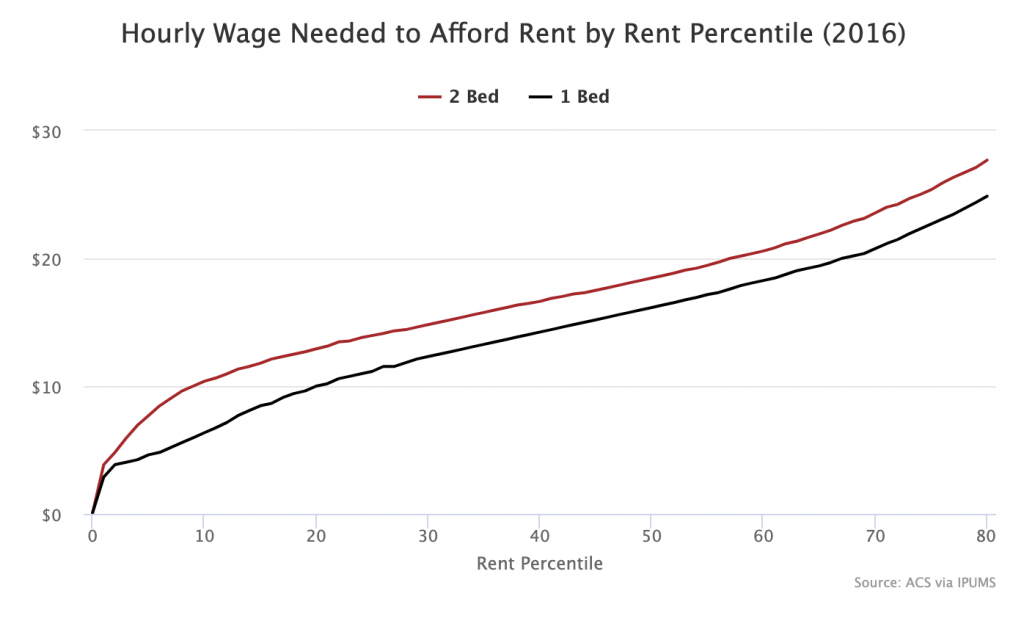 Doing the same kind of calculations with the entire rent distribution basically confirms the headline argument of the NLIHC. It really does appear to be difficult to afford rent at the minimum wage, even at quite low percentiles of the rent distribution and even when looking at the entire country. Once you get past the weird rental values at the very bottom of the distribution (e.g. the $4 rent at the 0 percentile), you quickly run into units whose rents are so high that it would be hard to pay for them and still have enough money left over for your other consumption needs.

As I noted in my Huffington Post interview on this report, governments can take three steps to ensure low-wage workers can afford to rent housing: (1) build out an adequate supply of social housing, (2) increase wage floors, and (3) increase welfare incomes.