The Social Democratic Party (SAP) governed Sweden for 44 straight years starting in 1932. Over this period, SAP managed to gradually bring a large chunk of the country’s wealth into public ownership. Unfortunately, a major bank collapse in the early 1990s and conservative non-SAP governments largely squandered what SAP built up over the years. Nonetheless, as interest grows in democratic socialism in the US, it is important to remember what Sweden managed to achieved in the middle of the last century.

In 1950, the Swedish state owned just 14 percent of the national wealth. By 1975, SAP had pushed that figure over 44 percent. Notably, this build up of public assets was done at the same time as Sweden put together its best-in-the-world welfare state. 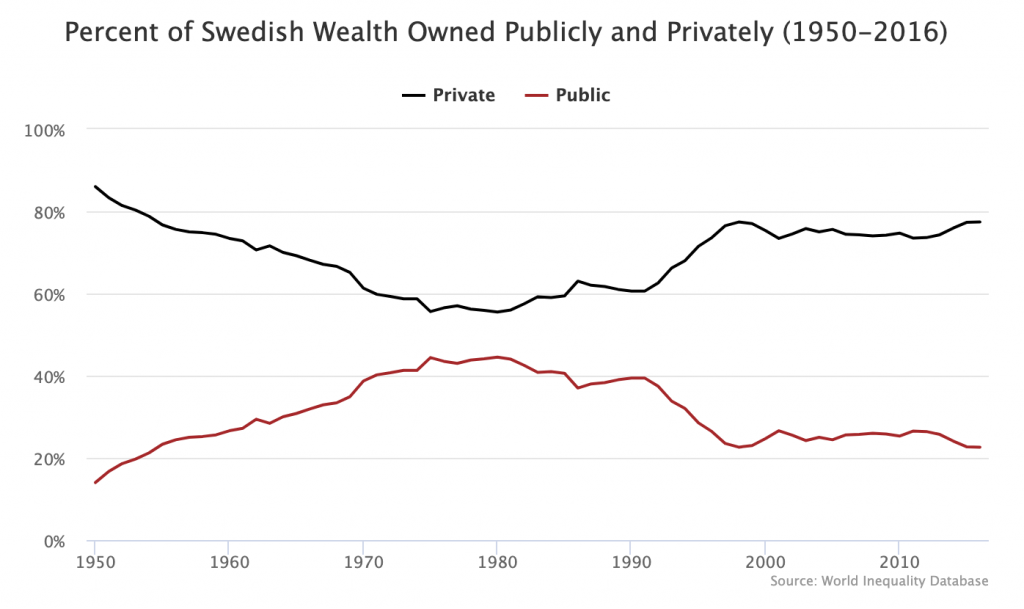 The graph above uses net worth figures. Under this measure, the government’s share of the national wealth can go up either because the public debt burden declines or because the public’s share of assets increases. The graph below shows that the run up in Swedish public wealth was entirely driven by the asset side, not the debt side. 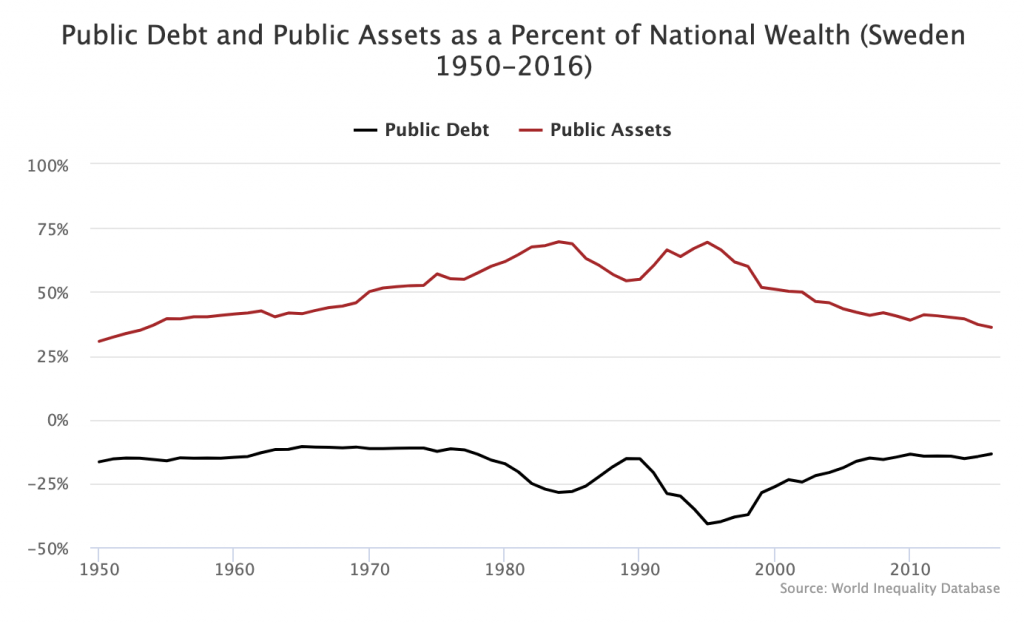 Although I did not talk about Sweden’s midcentury experience in my social wealth fund paper, this is basically the trajectory envisioned by that proposal. As happened in Sweden (and more recently in Norway, though under somewhat different circumstances), it should be possible to gradually transfer the national wealth into public ownership so that we all control it and benefit from it. A dividend-paying social wealth fund that we all own an equal part of is not the only way to do that, but it certainly is a way to do that, and one that I think is particularly promising.