I have written before about how the governments of the Nordic countries own much larger shares of their national wealth than the US government owns of the US national wealth. Specifically, the World Inequality Database indicates that Nordic governments own around one-third of Nordic wealth. In Norway, it is nearly 60 percent. 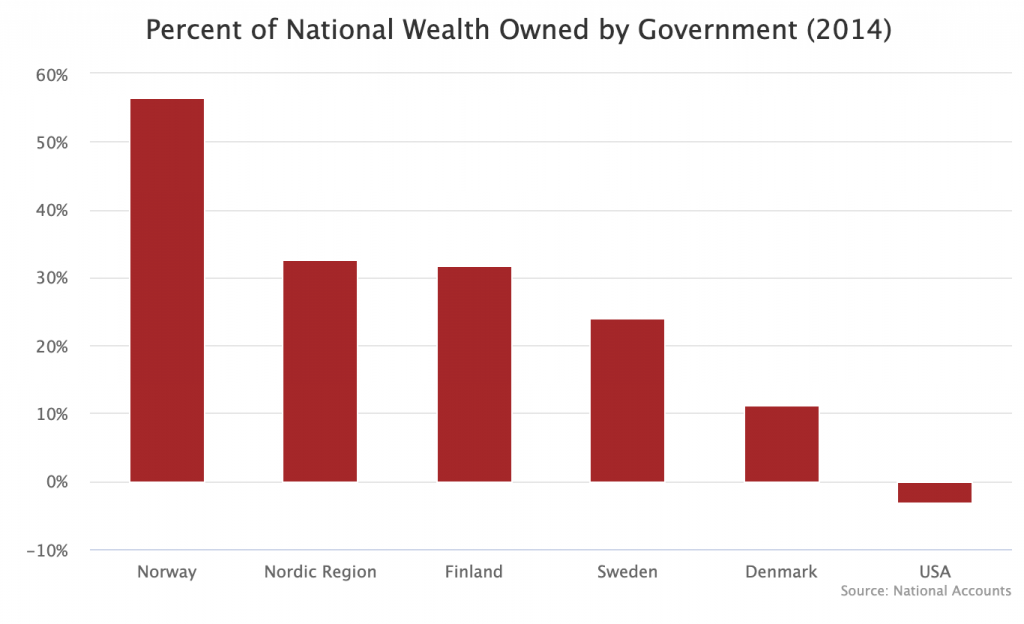 For reference, I want to also bring together various statistics I have collected over the past couple of years on this same topic. The IMF, the World Inequality Database, and the OECD all publish figures that say how much wealth each government owns as a percent of GDP. Those figures are all compiled in one graph below. 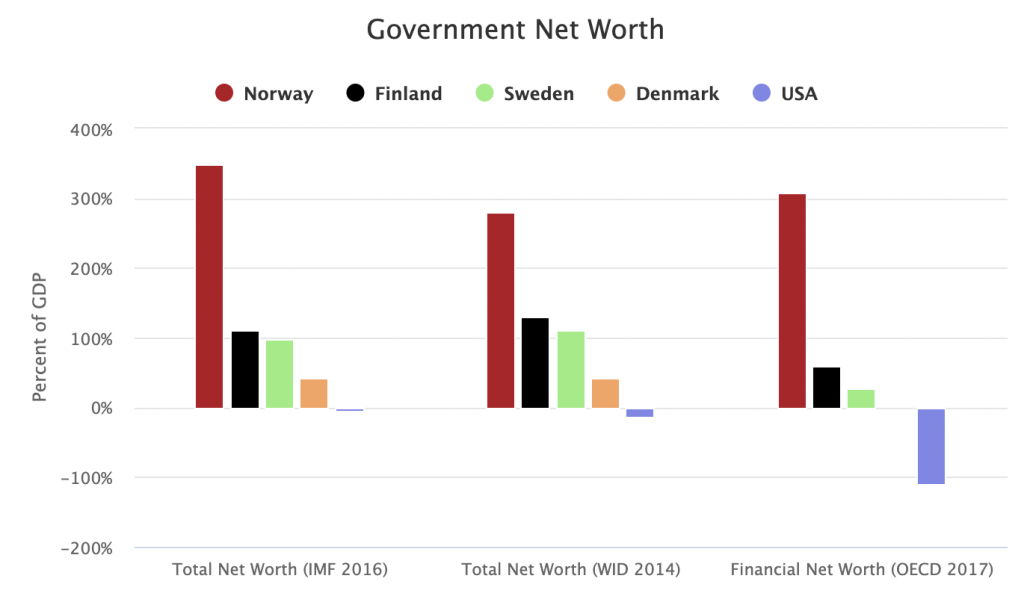 The IMF measure is probably the best of the three in that it is the most recent and was compiled specifically for the purpose of recording public assets that often get missed in debates about countries’ fiscal conditions. According to that measure, which excludes natural resources and pension liabilities, the Norwegian government’s net worth is 348 percent of GDP. In Finland, it is 111 percent of GDP. In the US, it is -6 percent of GDP.

The WID figures are also quite good. The underlying source for those figures are the national accounts of the respective countries. But those figures are less recent than the IMF measure and may have missed some assets that the IMF did not, given again that the whole point of the IMF exercise was to dutifully record all government assets and liabilities in order to counteract single-minded focuses on sovereign debt.