The official rate groups all related people in a household into one unit, adds up all the cash income that flows into that unit (except tax credits), and then compares that income amount to a poverty line that varies based on the number of people in the unit.

The supplemental rate works similarly except that it takes the cash income concept from the official rate, adds cash-like benefit incomes and tax credits to it, and then subtracts taxes paid, child support paid, child care expenses, work expenses, and medical out-of-pocket expenses. The supplemental rate uses a poverty line that varies geographically and by the number of people in the family unit.

Using this method, here is the relative poverty rate for the last eight years, compared to the official and supplemental poverty rates in the same years. 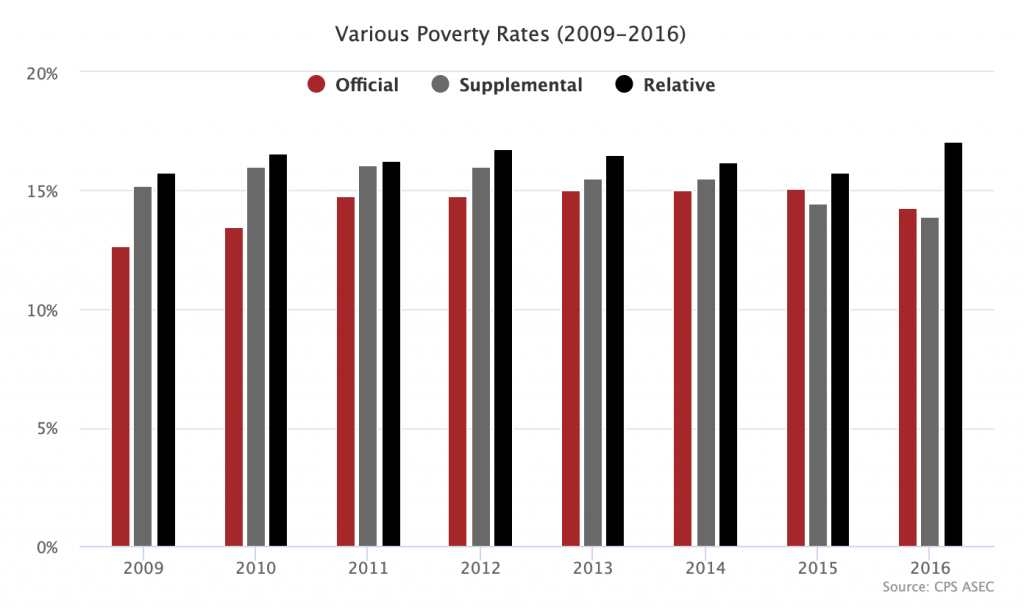 The relative poverty rate is generally higher than the other rates and actually went up 1.3 points last year while the official and supplemental poverty rates declined.

The next graph shows how much income a single person would have needed during each of the last eight years to be over the relative poverty line. To determine how much income families of other sizes would have needed, you can take the figures here and multiply them by the square root of the family size. So, for instance, a family of four will need double the income in this graph to be above the poverty line using this metric. Note that all of the dollar values are adjusted to 2016 dollars with the CPI-U-RS. 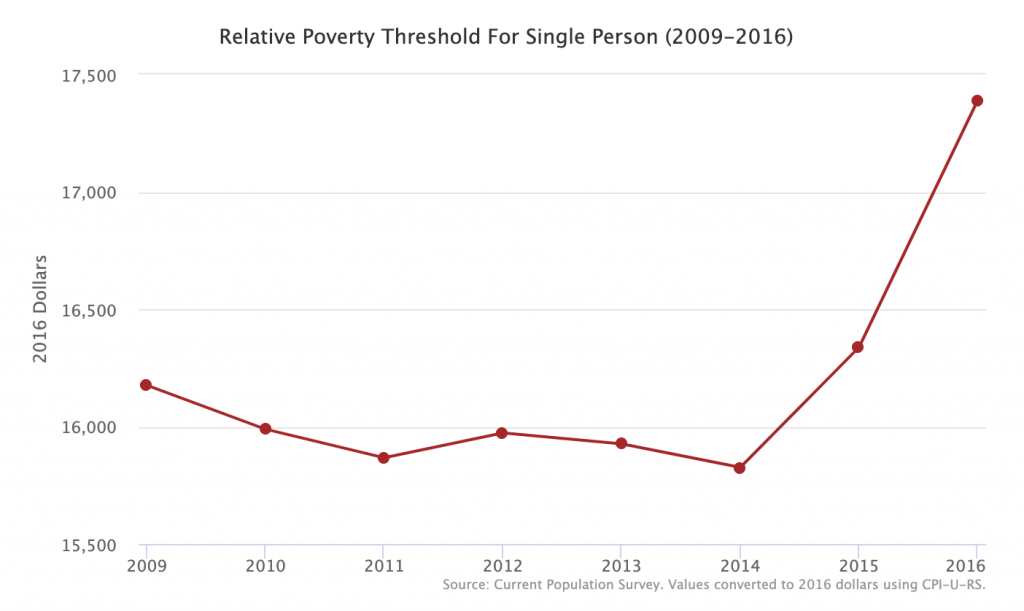 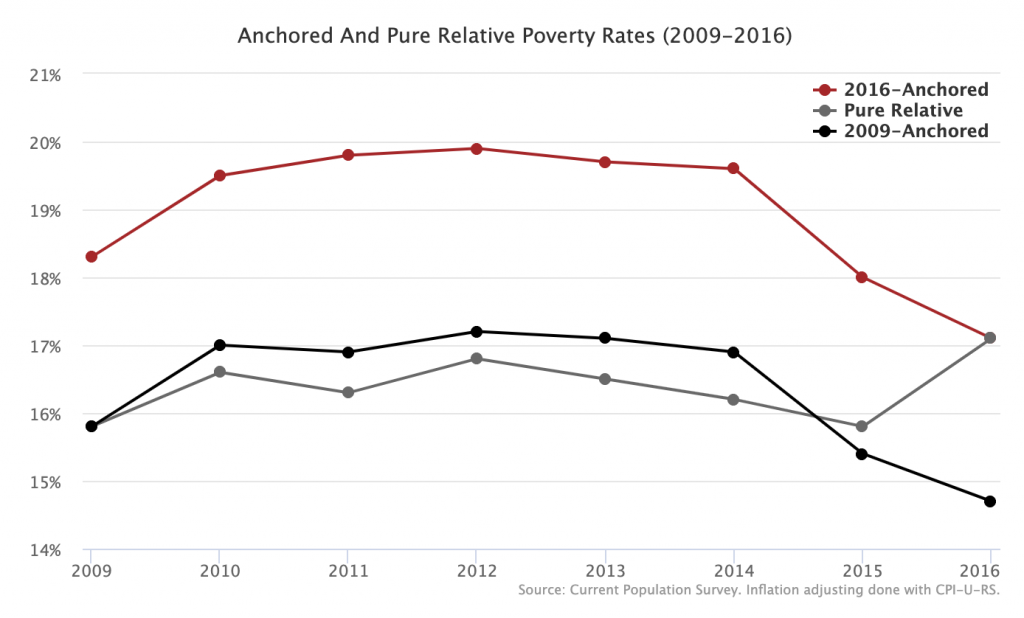 All three measures show the same basic trend until 2016 where the pure relative poverty line goes in the opposite direction of the other two. This is what you would expect given the second graph above where the poverty line shoots up in the last year due to a rise in the median income.