In light of the recent resurgence of Black Lives Matter protests, there has been renewed discussion of the racial wealth gap and how to close it (Nikole Hannah-Jones, Annie Lowrey). I have written on this topic many times in the past (I, II, III, IV). One thing I have tried to emphasize over the years, which I will do again here in a different way, is that due to the extremely concentrated wealth distribution in the US, the racial wealth gap is almost entirely about the upper classes in each racial group. I say this not to imply that it is unimportant but rather because this fact must be grappled with upfront if we are going to make a serious effort to close the racial wealth gap. 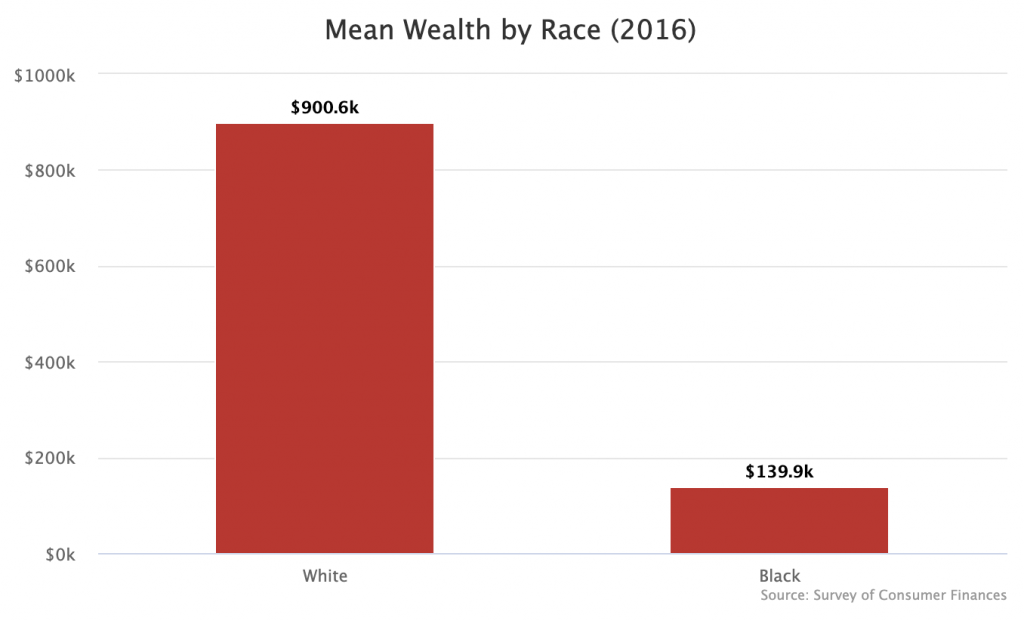 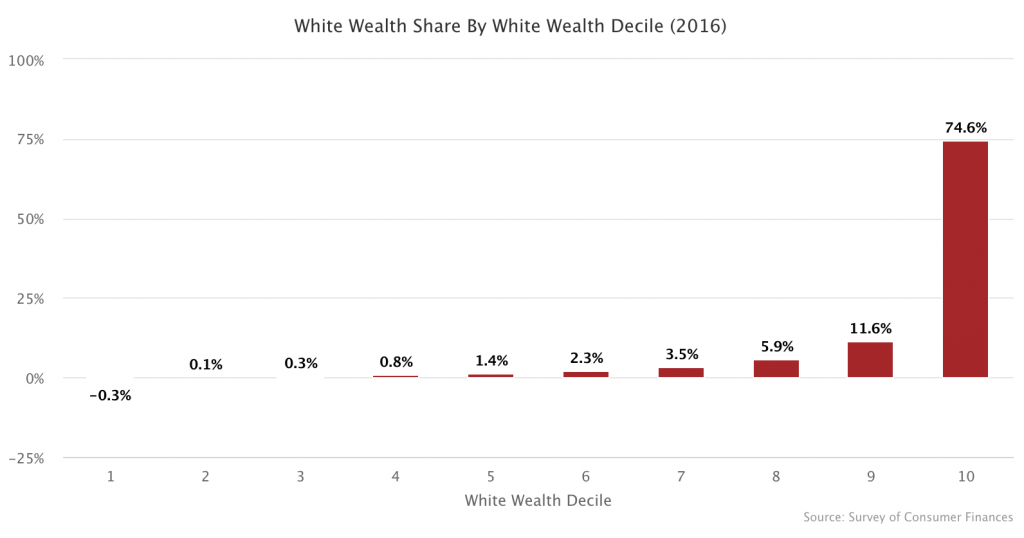 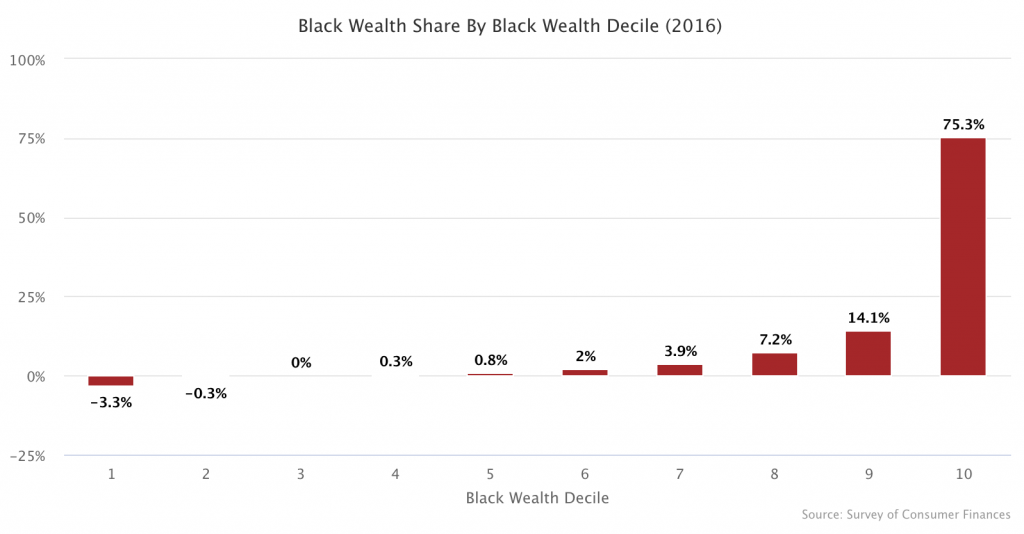 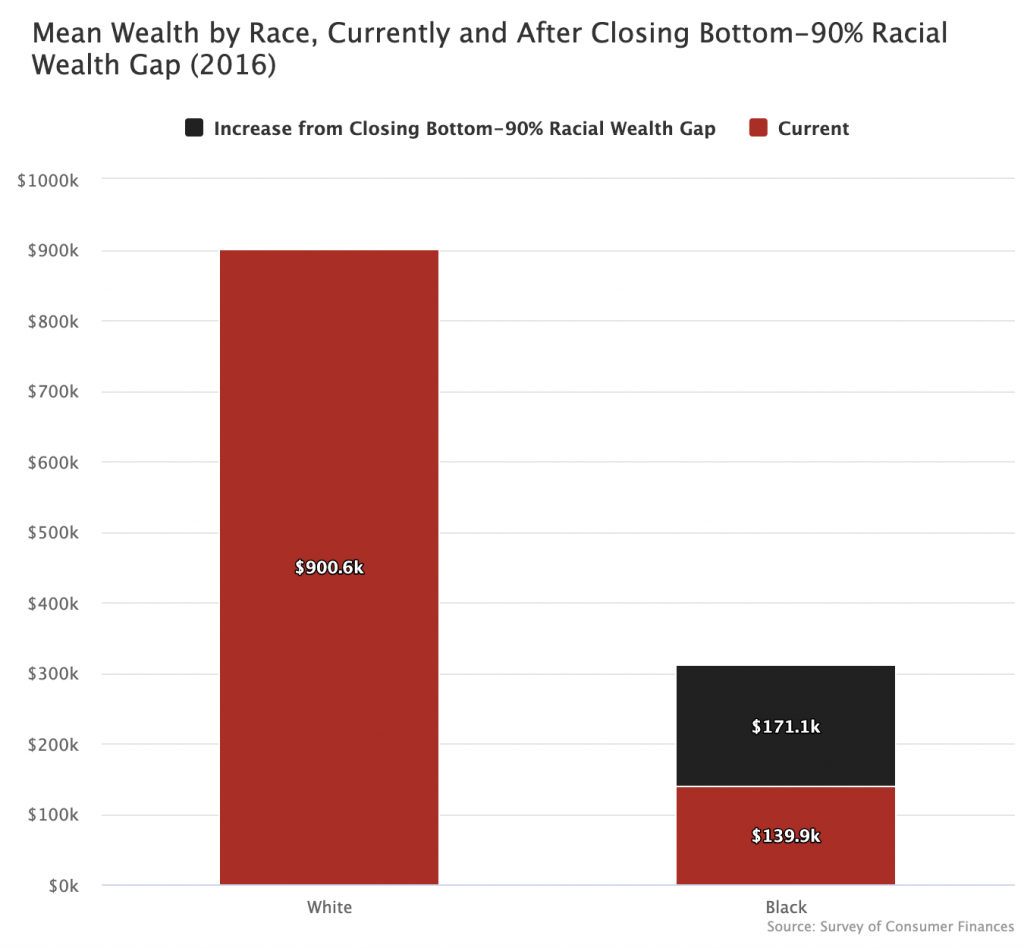 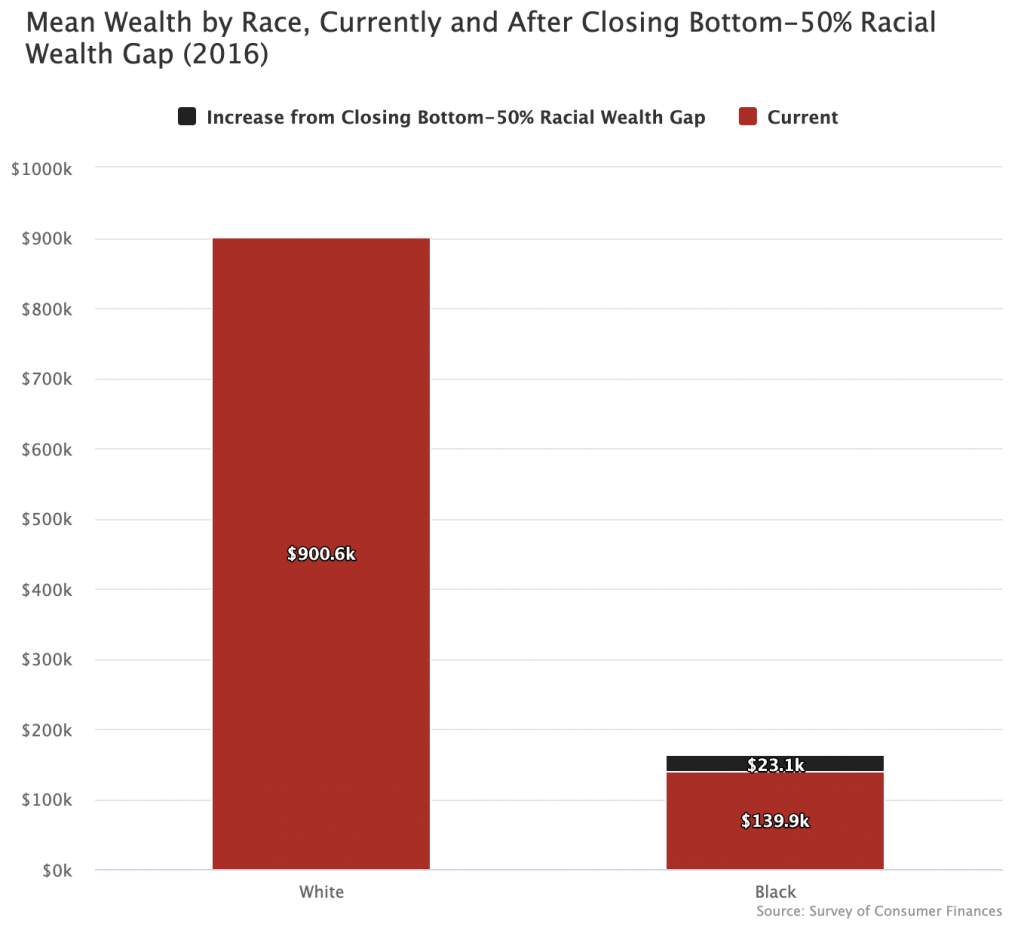 In my mind, this information should force us to be more clear about what exactly we are trying to achieve when we talk about closing the racial wealth gap. If we are trying to make the black wealth distribution match the white wealth distribution, then fixing the racial wealth gap mostly involves redistributing a lot of wealth between the white and black upper classes. That’s where the wealth is and so that’s where the wealth gap is.

If we are just trying to make it so the “everyday black family” (defined by the median) looks like the “everyday white family,” then that costs very little (0.5 percent of the national wealth) because it ignores all the people who own meaningful amounts of wealth.

Both ideas seem a bit ridiculous in different ways, the first idea because it’s essentially a squabble between the upper classes, the second idea because it does nothing to really cut down on overall racial wealth inequality. The way through this bind is of course to acknowledge that racial capitalism has concentrated almost all of the national wealth in the hands of a small number of white families and that the proper course of action is to redistribute that wealth to the multiracial lower and working classes, tackling both racial and class inequality simultaneously.